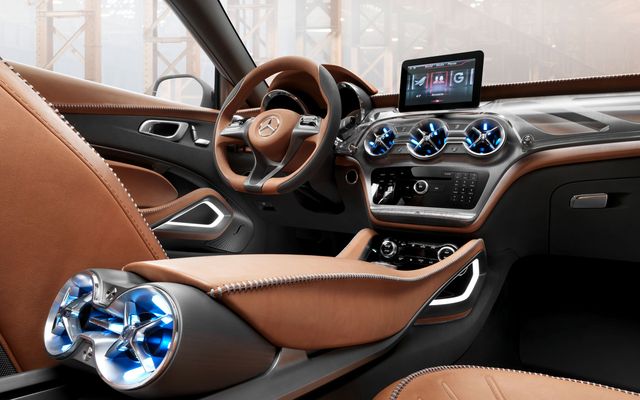 It’s only been a day since then, as Apple has officially unveiled a new feature CarPlay , and its competitors are actively developing their own solutions in this area. For example, yesterday automotive company Daimler, engaged in release of Mercedes-Benz, has published an interesting position: The company is looking for an engineer who will help integrate vehicle system from Google in German car manufacturer.

System presumably will be named Google Projected Mode and will be used to “make friends» Android-smartphones with cars of different brands, writes Engadget. It is unknown how the device will connect to the machine – using a cable or wireless connection, but there is no doubt that technology will make calls, send messages and run applications directly on the vehicle display.

In general, the project aims to Google a serious competitor Apple with its CarPlay, which until recently was called “iOS in the Car” . Nevertheless, the “apple” the company has been negotiating with car manufacturers and has an impressive list of supported brands, including Honda, Volvo, Kia and even Ferrari.

As for Google Projected Mode, the system until “lit up” only Mercedes-Benz. Surprisingly, the latter is also actively promoting CarPlay, and yesterday and all demonstrated a new feature in iOS action.

It seems, Apple has once again unwittingly created a new competitive environment, where it will still have to contend with serious contenders. Smartphone makers clearly intend to “settle” their devices in the cars of users, so that the deeper integration of mobile devices with the most modern machines – just a matter of time.

It is likely that such developments will soon and Microsoft with its Windows Phone and mobile division of Nokia.

TAGCarPlay Google Microsoft Windows Phone
Previous PostThe architect of the new campus Apple says about the project Next PostPerspective: a journalist about the management style of Tim Cook