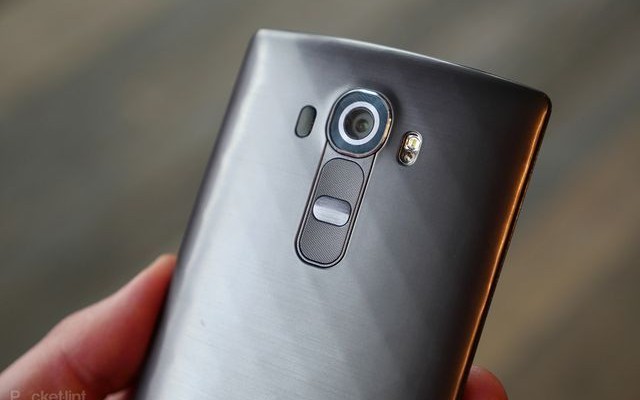 The next flagship smartphone LG G5 will give a chance for Korean manufacturer to stay on top of the mobile industry.

As we remember, LG G4 has a leather back cover and an amazing 16 megapixel camera. The smartphone was released in April 2015, so we have time to talk about the next generation flagship LG G5. We expect that the new smartphone will have a better processor, battery, metal body and iris scanner.

We have collected all available information about the smartphone LG G5.

Most companies hold the annual cycle of release smartphones, so we can calculate when LG G5 will be presented.

Source from Korea says that the release date of LG G5 is scheduled for the first quarter of 2016. Our bet that LG G5 will be shown at the end of February at the Mobile World Congress 2016.

LG has reported that LG G4 sold with a small profit. Price of LG G4 is $750 for the standard model or $800 for a model with leather back panel.

LG reported for earnings and sales of smartphones, which are not as good as expected the Korean manufacturer. The loss for the third quarter 2015 amounted to $66.2 million.

In addition, it is worth considering that the LG increases the cost of each of the next flagship, so we expect that LG G5 will cost a little more. As you remember, the price of LG G3 was $720 at the official start of sales.

LG has plans to use the premium design for the smartphone LG G5. While many manufacturers of mobile devices have long been switched on metal design, LG still uses a different combination of materials.

Sources of Korea reported that LG G5 will come with all-metal construction. 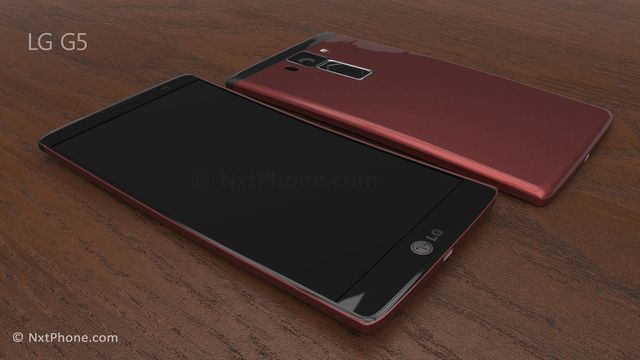 The concept above shows how the smartphone might look like with a solid metal body and rounded edges on the rear panel.

We do not expect that LG will continue to produce smartphone with leather back panel, as is difficult to combine leather and metal in one package.

Every year, the size of the screen increases, and if the LG G4 has a 5.5-inch display, the LG Nexus 6 comes with a 6-inch screen.

Screen LG G4 has a resolution of QHD, so we expect at least the same resolution for the LG G5. There is a possibility that LG may go the way of Japanese competitor Sony and to use 4K resolution. Although it is theoretically feasible, but then the price of LG G5 will increase significantly, and Korean company plans to get much more profit from the smartphone LG G5.

User of social network Weibo, leakster Zealer, says that LG G5 will have a 5.6-inch QHD screen. Display Technology is still unknown, but as far as we know, LG preference for LCDs.

At the moment, there was no leak of information about the processor, memory, or internal storage, but we can think logically.

If the LG still uses the products of the company Qualcomm, then LG G5 is equipped with a processor Snapdragon 820. The main features of the new processor is improved 4G data transfer rate up to 600Mbit / s, faster Wi-Fi with support for MIMO 4×4 and 14nm build to improve efficiency and battery life.

RAM to 4GB is considered the most comfortable and accessible to the world’s leading smartphone.

The internal memory must be more than previous models of the smartphone as one-piece design will not allow the manufacturer to add support for MicroSD cards.

LG G4 holds a very high bar for mobile camera, thanks to high-quality 16-megapixel sensor and aperture of F/1.8. However, Samsung has recently demonstrated its technology Britecell, so the LG needs to develop the next innovation.

According to sources from Weibo, LG can use 21-megapixel sensor. Also, LG G5 company can be equipped with 8-megapixel front camera.

Many Korean sources claim that the LG G5 will be equipped with iris scanner for user authentication.

We know that the company is developing a technology called Irience. The algorithm is already working, and the equipment is ready. The scanner is able to identify the individual diaphragm at a distance of 50 cm.

At the moment, nothing is known about the battery LG G5. We think that LG G5 will be equipped with wireless and fast charging.

New Qualcomm processor supports fast charging. Furthermore, if a manufacturer chooses port USB Type-C, then the user will get the most rapid speed of data transmission.

LG G4 has a battery capacity of 3000mAh. If the screen size of LG G5 will remain the same, and to take into account the fact that the smartphone will have more efficient processor, then the battery life should be increased.