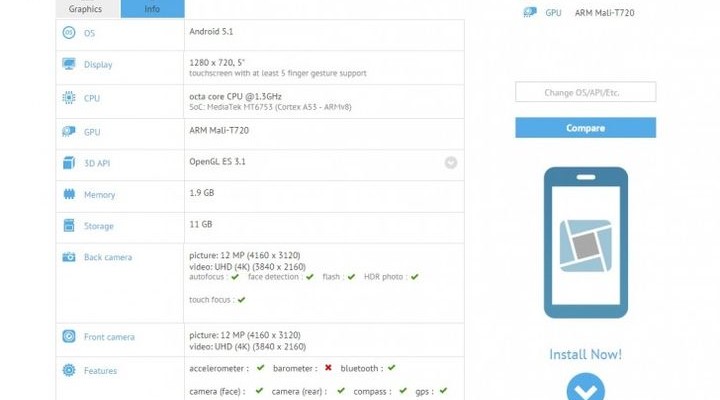 In the past few months, the company Acer has not announced any smartphone. However, the Taiwanese manufacturer is not going to throw the mobile market and is developing a number of interesting products, one of which will be a selfie smartphone, code-named Acer S59.

Recently, the novelty was seen in the benchmark GFXBench, according to which it will be able to offer users a powerful 13-megapixel front selfie smartphone. This automatically makes the Acer S59 direct competitor of selfie smartphones like Asus Zenfone Selfie, HTC Desire Eye, and Micromax Canvas Selfie. In all three gadgets mounted camera with the same resolution 13Mp. However, in contrast to the Acer S59 are equipped with front and another flash, which, judging by GFXBench, not observed in the smartphone Acer. Although we would not rule out the possibility of errors benchmark. 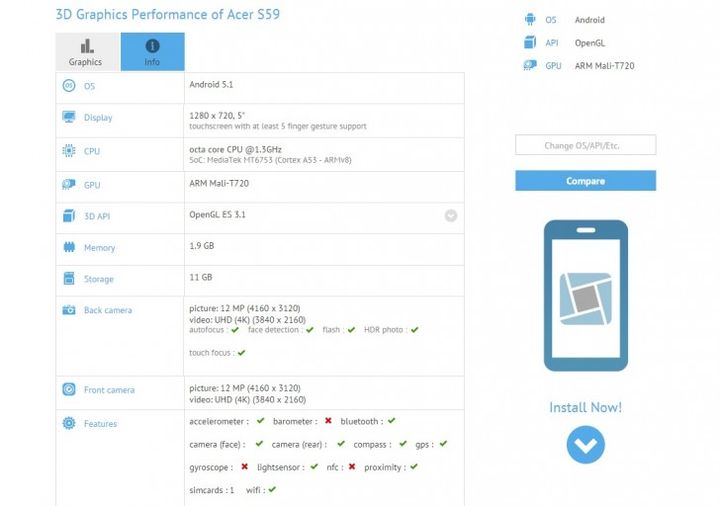 In all other novelty is a typical mid-level selfie smartphone. It is based on the hardware platform MediaTek MT6753 8-core 64-bit Cortex-A53 processor with a clock speed of 1.3 GHz and a graphics processor Mali-T720. RAM size of the smartphone is at 2 GB. Its 5-inch capacitive touchscreen display has a resolution of 1280×720 pixels, and the back of the device is the same basic 13-megapixel camera, this time complemented by LED flash.

Acer S59 is running an operating system Google Android 5.1 Lollipop. It has an internal storage capacity of 16GB, which almost certainly will be expanded with memory card format microSD.

Of course, the benchmark does not give any idea about the timing of release and price selfie smartphone Acer S59. But, most likely, the novelty will be announced in early September at the IFA 2015 in Berlin.