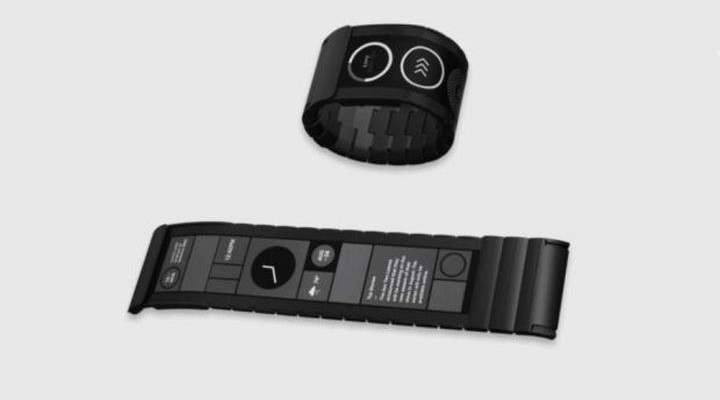 The company Polyera improved smart bracelet with flexible display, which uses a special technology, “digital tissue”. The first device with this type of display will Wove, gadget with active screen, which should go on sale in 2016. The electronic components used as the flexible film transistor similar in functionality conventional transistors, but with a different form factor.

The flexible screen is made using the technology of E Ink, consuming minimal power. If the display is activated, the energy not consumed at all. However, in this state, the display is capable of displaying a still image.

If you tap on the display, the device will display the weather forecast, news headlines and new messages. Now developers create a number of applications and services that enhance the ability of the device.

The current version Wove Band has a monochrome e-paper display, but in the future, as promised by the sponsors, the screen color.

As you can see, the design of the smart bracelet with flexible display can not be called the most successful, but the originality of the ideas could attract a large number of users.