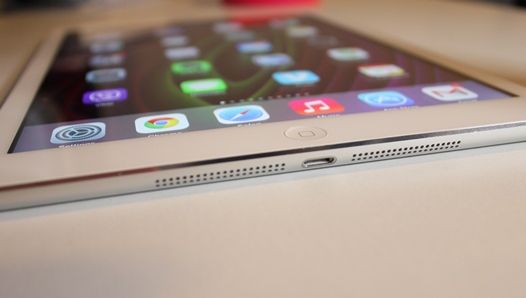 Just yesterday, we learned that new 9.7-inch tablet iPad Air 3 rd generation will be presented in March 2016, along with other new devices from Apple, such as iPhone 5se. However, yesterday we did not know the specifications or other features of new tablet. It did not take much time and today we have the first information about iPad Air 3.

Steve Hemmerstoffer from site Nowhereelse.fr, who is better known by his nickname Onleaks in Twitter, published an image of new Apple tablet, which shows some details of its design.

As you can see in the picture below, iPad Air 3 will have four speakers. Speaker grille has a classic round holes. It should be noted that the speakers are located in the lower and upper parts of the body iPad Air 3.

In addition, new images of tablet suggests that iPad Air 3 will get the main camera with LED flash. 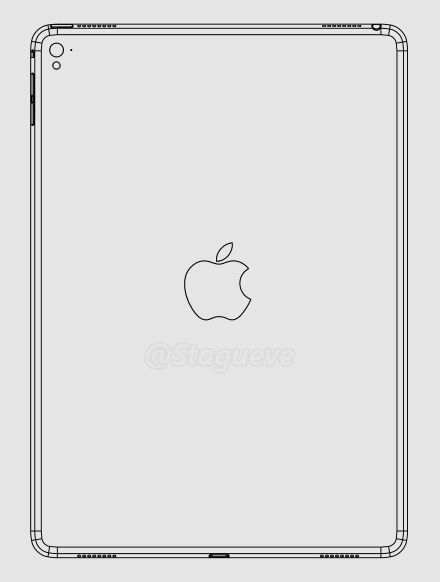 Please note that today’s leak came from a reliable source Onleaks that has a very high reputation. He has repeatedly published very credible reports about unannounced devices, but already preparing to release updates to the mobile market.

What do we know about the new Apple iPad Air 3? According to rumors, new tablet, which can be presented in March of 2016, will get a screen with Oxide TFT LCD matrix. Most likely it will not support 3D Touch technology, which appeared in iPhone 6s. Also a new generation of the tablet will be equipped with powerful processor A9X, working together with 2GB or 4GB of RAM.

Recent reports say that iPad Air 3 will be equipped with a main camera iSight, the resolution of which is 8 megapixels.

Recall that the sale of standard model iPads decreased over the last year. The manufacturer wants to improve the situation in the market due to new technologies and powerful equipment. At the moment, the most popular model in the consumer market is iPad Mini. Some analysts believe at all tablets become obsolete as the product. iPad Air was replaced by more successful 5.5-inch iPhone.