Home NEWS Asus Nexus 10 is seen in the inventory list

Nexus line of devices is what many people love the company Google. More recently learned the details of the Nexus 5, and now it is time to leaks on the 10-inch tablet Nexus 10, through which it became clear that the tablet with 16 GB of memory will cost 349.99 £ – it’s £ 30 more expensive than the existing Samsung Nexus 10. In addition, the resource Android Central posted a screenshot which indicated that Asus Nexus 10 will be sold at a British seller Currys. 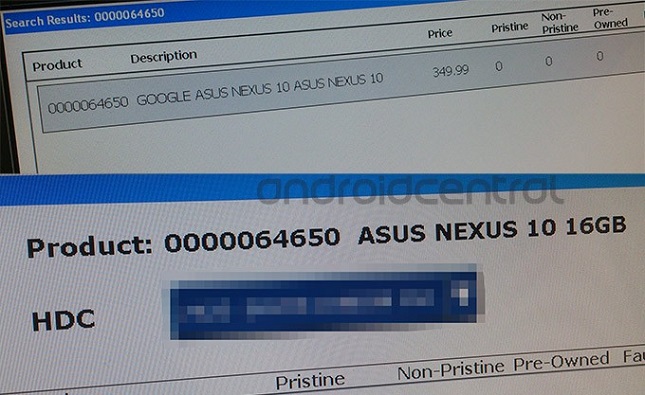 Despite the fact that very little is known details such leakage is clearly hint that there tablet. And if it does, then what we should expect from him? Judging by the trends that are dictated by the top-end manufacturers in the tablet may well be set Snapdragon 800, a minimum of 2 GB of RAM and a high-resolution display (possibly 2560 1600). It is also obvious that the tablet to be running Android 4.4 KitKat.

If Google really is going to announce a tablet, it is very likely that it will be shown in October in conjunction with the Nexus 5, though, it’s just speculation.