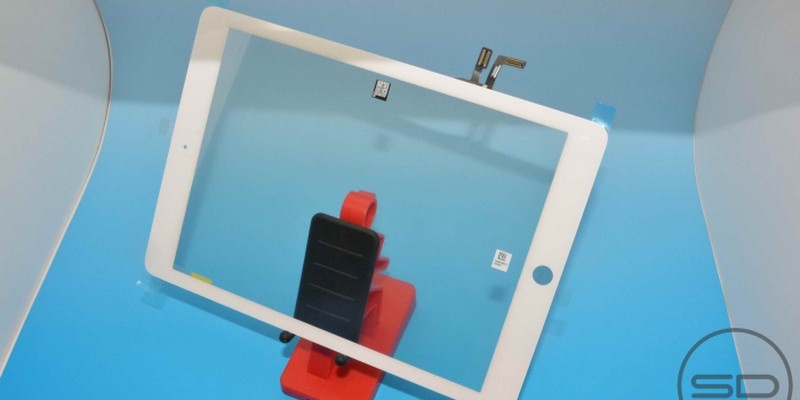 Prior to the presentation of the proposed Apple, which must be submitted to the iPad 5, only a little over three weeks, and the hands of journalists have made ​​it to the metal ‘s new gadget or even dismantled for parts. I wonder? Let’s look at it closer.

The first thing that catches your eye – iPad 5 redesigned . Now he looks more like iPad mini, than the previous version of the tablet. Second , the tablet has been due to thin frame around the screen. Also noteworthy is that the tablet will be in stereo speakers and volume buttons will be separated.

And that’s about the plumbing tablet have questions. Because of changes in the body there are not too many places, and we remember that the lion’s share of seats in the iPad 4 held battery. If you put it inside the iPad 5 , the place is quite back to back, while the need to fit into the CPU, camera, wireless modules and other components . Journalists about come to the conclusion that Apple will put the battery or lower capacity and, consequently, smaller dimensions , or the company has a new, more compact and energy-intensive batteries.