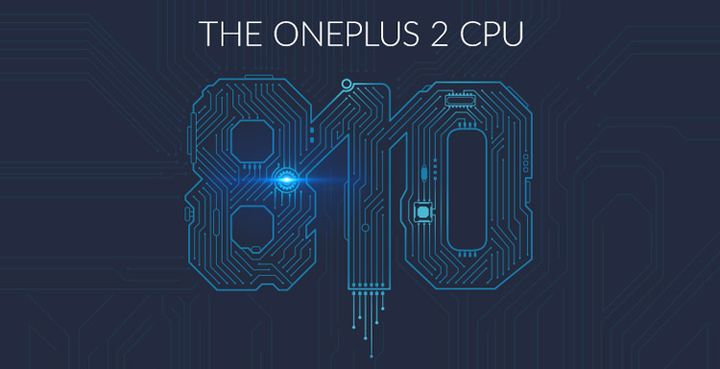 OnePlus talked about the chipset used in the smartphone OnePlus Two

So far, the network has not been consensus on what hardware platform will be used in the new flagship smartphone OnePlus Two. Therefore, the manufacturer has decided to resolve all our doubts and officially confirmed that the new product will be based on the chipset Qualcomm Snapdragon 810 with 4-core high-performance Cortex-A57, 4-core energy-efficient Cortex-A53, GPU Adreno 430. More specifically, the most recent iteration of the 2.1 platform.

Which will be the chip on OnePlus Two?

This decision can not be called a big surprise, since OnePlus traditionally prefer to use the most advanced chipsets. And OnePlus Two is no exception to this rule. The producers sought to reassure users who may be wary of overheating problems with chipset Snapdragon  810.

The company reminded that the hardware platform Snapdragon 810 v2.1 less prone to this trouble. In addition to certainly eliminate the possibility of overheating, OnePlus and OnePlus Two used in several solutions that contribute to a better distribution of heat. This variety of conductive materials, and operating system updates Oxygen OS, which takes into account the main features of Snapdragon 810. In the latter case, the companies have in mind as an intellectual definition of the required computing power chipset, prevent the use of excessive number of cores, and its ability to avoid the use of two adjacent cores, which also helps to improve heat dissipation.

In OnePlus noted that Qualcomm Snapdragon 810 is unmatched for a variety of settings, ranging from productivity and multitasking, and ending with high energy efficiency of the chipset, allowing to increase the battery life of mobile gadgets.

According to rumors, in OnePlus Two mounted fingerprint scanner integrated into its home key. The size of its memory up to 3GB. The smartphone has a metal enclosure. The rear panel is OnePlus Two main 16-megapixel camera on the front panel, you can see the front camera with a matrix of 5 megapixels, and complete with a smartphone will be available battery capacity of 3300 mAh.