Home NEWS Watch iWatch will come in the autumn, “planshetofon” Apple – in 2014 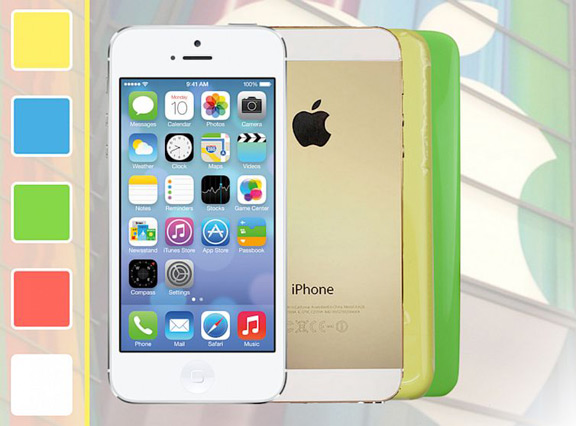 Watch iWatch will come in the autumn, “planshetofon” Apple – in 2014

DavidAug 21, 2013NEWS, SMARTPHONESComments Off on Watch iWatch will come in the autumn, “planshetofon” Apple – in 2014 So as of now, few illusions about a significant reduction in the price of iPhone 5C on the current flagship iPhone 5, the nickname of “budget” to this phone sticks with increasing difficulty. It is more appropriate to talk about the plastic cover of the case, which will expand the color gamut Apple-communicators, but not to enter the market of cheap “Android-dialers”.

Citi Research analysts are convinced that the iPhone 5C will be offered at a retail price of at least $ 450, and the cost of its production is only 50 dollars cheaper than the iPhone 5S. First, presumably, will cost the manufacturer $ 240, and the top model will draw on $ 290. Reducing margins Apple has not yet pushed the company to dumping, it only tries to reduce costs while maintaining the usual level of prices.

Tellingly, Citi Research experts offer their own picture of the immediate future for the product line of Apple. They believe that the iPad mini with Retina class display will appear only at the beginning of 2014, and this fall we will be offered a version of the existing compact tablet with a reduced price to 249 dollars.

In the first half of next year should see the iPhone 6 with increased diagonal display, speak to Citi Research. iWatch, according to analysts, may be submitted before the end of 2013.

TAG5C iPhone Apple iPhone 5S rumors
Previous PostApple has issued orders for the new iPhone Next PostNPD: Mac sales in the third quarter will fall by 5%