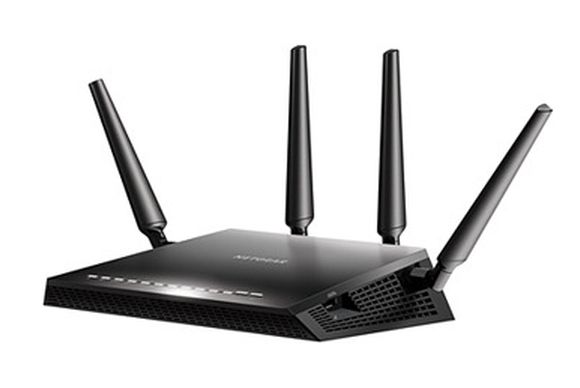 In September last year I called Netgear Nighthawk X4 “major disappointment routers second wave.” During testing, the device worked so bad that I promised will certainly come back to it after the company Netgear released a new firmware capable to take full advantage of its existing equipment. Soon it happened, and the current review fully replaces the previous one.

My initial testing based on firmware version 1.0.0.52. In the new version of firmware tests involved 1.0.0.76. If you purchased Nighthawk X4 and still have not updated the firmware, I strongly recommend to do it and install a latest version of the software.

I suspect that competitive pressures forced the company Netgear release their product too early, because the firmware update has led to a significant increase in its performance. If the old firmware Nighthawk X4 RT-AC87U conceded in all respects, the new software Netgear router not only significantly improve their results, but also bypassed in some tests the product ASUS.

Performance when using the bridge

However, to overcome the design of ASUS in all categories failed. If you want to get the best performance 802.11ac router, it must be docked to the second router, which will work as a wireless bridge. Connect client device to the bridge with a cable, and it establishes communication with the router, showing a very high-speed data transmission. Taking, for example, the Roku device or PC to use as a home theater, you’ll get the absolute best performance (of course, provided that the cable connecting Ethernet).

When I connected with the second Nighthawk X4 same router that is configured as a wireless bridge with a new firmware its capacity has grown by an average of 20% compared with what we saw earlier. But after installing the new firmware on the two routers from ASUS and configure one of them as a bridge, a combined system of ASUS demonstrated performance that is 24% higher performance Netgear.

Disappointing that Nighthawk X4, configured as a bridge, still can not find the SSID routers attached to the client device (one of them was working at 2.4 GHz and the other at 5 GHz). You have to enter this information manually, and if you make a mistake, it is necessary to reset all the settings and start all over again. Touch screen user interface ASUS RT-AC87U, and the router will find one and all SSID, then you only have to choose only the desired item from the list and enter the password. That’s the way it should be.

New firmware Netgear provides an even higher productivity growth compared with what we saw in the previous test when connected via Wi-Fi-adapter 802.11ac with USB. For these tests, I chose adapter ASUS USB-AC56. In such a scenario actually observed a significant increase in performance, however, most of its growth has fallen short distances (when the client device was at 3 and 6 meters from the router).

Interestingly, the ASUS RT-AC87U with the new firmware in two bandwidth tests, in contrast, fell, and in the tests at long range fell by almost half. On average, according to the results of testing in this scenario Nighthawk X4 was slightly ahead (4%) of its competitor. 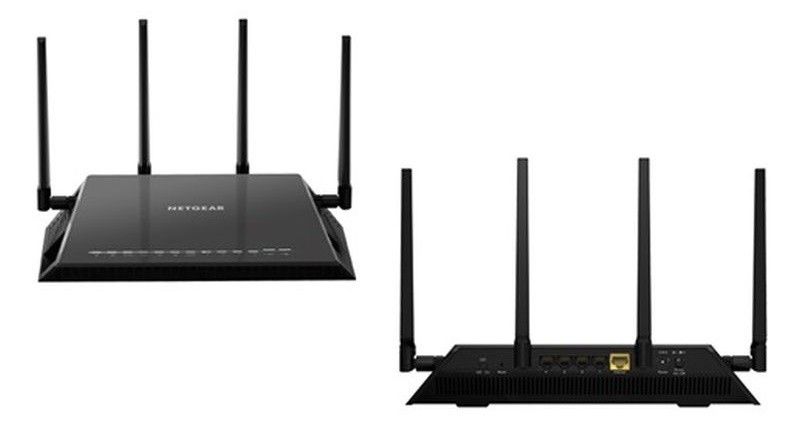 If your portable computer does not have built-in adapter 802.11ac, and you do not plan on buying it, perhaps you will be interested to learn how to work with 802.11ac router adapter 802.11n. In this test, I have been involved dual band adapter Intel Centrino Ultimate-N, built-in gaming notebook AVADirect, which I use for testing routers.

With the new firmware Nighthawk X4 performance in the most difficult test (for the organization of communication with home theater) at 5 GHz decreased. Although the client device closer to the router, then when it is placed in my home office, the signal on the way to the customer had to overcome more walls and insulation levels. When running the test elsewhere to improve or maintain performance at a constant level.

New firmware ASUS also proved to be slower than in the previous test. In the kitchen, the gap was minimal, but at longer distances, it increased. However, RT-AC87U with the new firmware generally run faster than Nighthawk X4 with new software code.

The usefulness of this test is possible to argue because people are actively switching to standard 802.11ac, featuring higher performance. But, looking around your own home, I was surprised to find how many surveillance cameras and other devices are still connected to the network 802.11n 2.4 GHz.

Perhaps this figure looks even more interesting to others, because thanks to the new firmware performance Nighthawk X4 increased significantly (except for data transmission over long distances), while the firmware update ASUS, on the other hand, led to a serious reduction in the rate of RT-AC87U.

The New firmware provided a substantial increase in speed of operation both reading and writing. Given the fact that the router Nighthawk X4 is equipped with two USB 3.0 ports and one port eSATA, I decided to make important changes in the testing procedure. Previously, the files were transferred to the client PC via network cable with a mechanical hard drive with an interface USB 3.0. Now, however, I decided instead of a mechanical hard drive to use the solid-state drive with an interface USB 3.0.

The first thing I check how much time it will take to copy a collection of small files, totaling 10 GB SSD portable device in my desktop PC through a router Nighthawk X4 firmware that was used in the first review. Next, the same operation was carried out with a file size of 10 GB. The first two tests were tests “read” because the files were transferred to a portable SSD solid state drive on a desktop PC. In tests “on the record” the same files are copied to the solid state drive back to the desktop portable solid state drive connected to the router.

As can be seen from the chart, the new firmware Netgear really gives certain advantages in this area, especially in terms of the execution speed of write operations. But, in general, my opinion of NAS devices has changed. If they have for you is really important, the dedicated NAS device will be a better alternative.

Is it worth buying?

One of the distinguishing features of the router “second wave» Netgear Nighthawk X4 and ASUS RT-AC87U is the support of multi-technology MIMO, allowing the router to simultaneously serve multiple clients (simultaneously serve more than one client can all modern routers, but they give each client only of their attention, and then move on to the next cycle of the client).

But immediately after the appearance of the two routers on the market technology MU-MIMO are not supported. When this feature in the next firmware update finally included, support for MU-MIMO still does not bode well, in that case, if it is not supported by the client device. Given how the curve of the portable computer market behind the timing of the most modern equipment, it is unlikely in the near future is to wait for the embedded adapters Wi-Fi 802.11ac in laptops.

Given all this, after installing the new firmware and the observed productivity growth I have every right to increase the score Nighthawk X4 from 2.5 to 3.5 stars. New firmware ASUS RT-AC87U helped this device to save the title of the fastest current router. Let’s see what happens when I’m testing another batch.

• the presence of two USB 3.0 ports and port eSATA.

• Router ASUS RT-AC87U, working together with a bridge 802.11ac standard is still much faster;

• support for MU-MIMO technology has yet to organize (the same applies to the device ASUS).

The new firmware has significantly changed my opinion of the router Netgear Nighthawk X4. This product was actually launched on the market in the unfinished version. Fortunately, the firmware can be rewritten. And if you bought the device R7500, before taking it to a service center, make sure that the changed firmware. 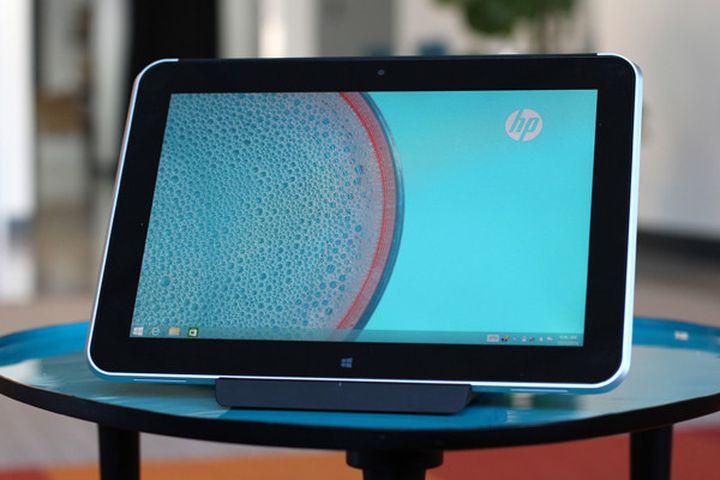