Now, when our life appeared even futurists promised jetpacks, it’s time to update your wish list, adding to its solar-powered smartphones. Is good news is that many manufacturers, including Apple, already hard at work over their creation. Recently, Apple has added to his list of job positions engineer with experience in solar panels.

Perhaps an open vacancy Apple and is not associated with any project aimed at the use of solar energy – the relevant knowledge could require her to work on some other thin-film technologies. Yet there is no doubt that the company is interested in creating a smartphone that will be powered by solar energy, and is engaged in designing components of this kind.

In February 2013 Apple applied for the registration of a patent describing a method for the integration of solar panels in the touch screens of mobile devices. For devices that will be powered by solar energy, the company has other patents old.

However, today the patent is not always a clear indication of the presence of the developer of certain intentions. But be that as it may, the registration of a patent and the discovery of a rather unusual jobs spawned rumors that the iPhone 6 will be run on solar battery.

Forget. That will not happen. In the next two years, solar technology almost certainly will not find in the iPhone application.

If this phone still be on the market, it is unlikely that it will work only on the energy of the sun. Solar panels in the phones can extend the battery life, but the phone will still have to be charged by connecting it to the mains or by means of wireless technology.

Still, never say “never.” You can not completely exclude the possibility that recent advances in the design of solar panels will allow designers to make a revolution and bring the duration of the operation of devices from the battery to a new level.

Why are solar panels on the Android devices have failed

Two years ago, the company announced the phone Samsung Replenish, which was advertised as eco-friendly devices and sold for $ 350 (This device can still be purchased for $ 99 in stores Walmart, and other electronic discounters he sometimes offered even less.) 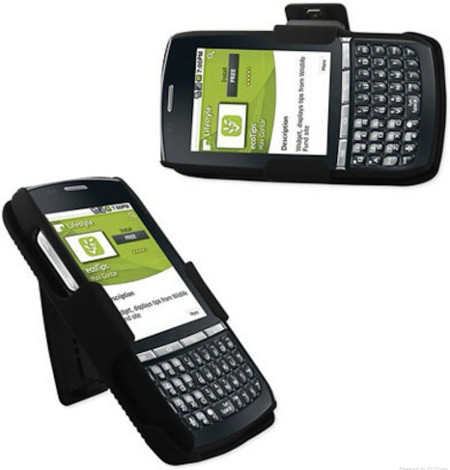 Advantages: Replenish about a third of recycled plastic. Solar panels placed on the battery cover, increases the duration of the device from the battery during daylight hours.

Disadvantages: It is originally an old model, running the operating system Android 2.2 (Froyo) and equipped with a physical keyboard, a small screen and a camera with a resolution of 2 megapixels. The solar panel is quite weak: charging for an hour is enough for 20 minutes of talk time. Although, of course, it’s better than nothing. 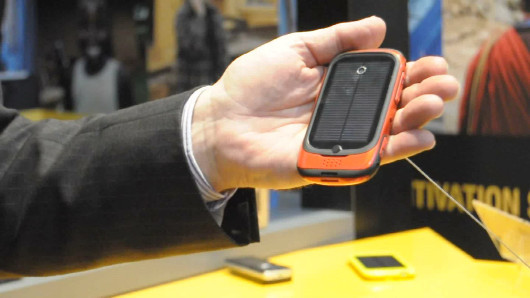 Another Android phone with solar cell has become a model Umeox Apollo, released in February 2011 Ironically, it was focused on the lower end of the market. The device had a tiny screen, camera and other hideous flaws. Accordingly, very popular among the customers did not enjoy it. Probably due to this Chinese manufacturer and decided to remove it from your own site.

In the period from 2006 to 2011. on sale from time to time there were other models of phones equipped with solar panels. But none of them failed to achieve success.

The failures of Android products with solar cells resemble the story of smart phones with fingerprint reader. Motorola has integrated fingerprint reader in your phone Atrix. Appropriate sensors present in the models of Toshiba Portege G900 and G500. Fingerprint reader and had the phone Hitachi W51H, who was going to Japan. There were other models. But none of them has ever managed to win the love of consumers.

All efforts to equip Android smartphones solar cells, fell through for the same reason: the time to use this kind of technology has not yet come, but the implementation was carried out on a terrible level.

It is hoped that eventually the Apple can do with solar cells is that it has already done with fingerprint scanners: to develop a successful technology and integrate it into your phone so as to not disturb the aesthetics of the device.

However, the interesting projects remain and handset manufacturers Android. 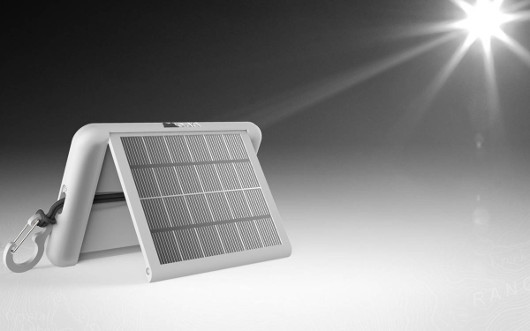 Take, for example, Earl. Tablet with solar panels costing $ 300 is offered to tourists and travelers. The project was funded by community volunteers, and funds for its implementation were collected far more than planned.

Unlike most phones plates with solar cells, which are only slightly increased the duration of operation of the battery device, Earl works exclusively on solar energy. This device does not even need to include a power outlet. The stunning efficiency has been achieved through the use of monochrome touch screen e-ink with low power consumption and a resolution of 1024×768 pixels. Five hours of charging is enough for 20 hours of operation.

The tablet has a number of features that will be very helpful in staying away from civilization: GPS-receiver, thermometer, compass, sensors that measure humidity and barometric pressure. It also has a built-in radio receiver is working in the medium, short and ultrashort waves.

Why phones with solar cells do not enjoy the success

Despite the strong demand for high-capacity batteries for smartphones, to solve the problem of increasing the length of the device through the use of solar energy is not easy. This is due to several reasons. Smartphones should be small and the surface area for collecting light energy from them is very limited. In addition, powerful processors, touch screens and a variety of sensors literally devour energy.

You’ve probably noticed that the device has a format Earl tablet, and therefore has enough to accommodate the solar panel area. The screen of this tablet is built using electronic ink technology – the same one on which were built the old model of Kindle.

Smartphones can increase the size, and their power consumption can not be reduced to values ​​such that they have the energy of the sun, and they continued to be popular in the market. It should also take into account the fact that modern applications are very demanding to energy and other resources. Many programs go online, search for data out there and perform other requests, leading to an increase in the intensity of energy use. Games require powerful processors and high-performance graphics components.

However, hopes for a favorable outcome remain. “Coneheads” researchers from the University of California in Los Angeles continue to work to create a film that would fulfill the role of solar panels. Such a decision should theoretically allow the touch screen to eat light energy. Currently, only 7.3% received light energy can recycle into usable electricity.

Researchers from a number of other universities and companies are also looking for ways to integrate solar cells into smartphones.

The company Alta Devices has developed a thin-film solar panels based on gallium arsenide. A prototype of such a panel is integrated into the phone Samsung Galaxy.

Despite the many limitations of the prospects of solar energy in smart phones are evaluated fairly optimistic.

Why (and how) smartphone will use solar energy

Likely take several years, and we shall not include smartphones in the socket and reflect on their charge. In support of his thesis include the following arguments.

First, as to further improve battery technology, electric elements will charge faster and last longer than today’s batteries of the same size.

Secondly, fitting the front and rear walls smarfona solar panels on the basis of various technologies – just a matter of time. As a result, your phone will receive the energy no matter which way up you put it.

Third, wireless charging technology is also improving. Tables, lamps and racks will be equipped with wireless charging, and the phones when they are placed on such a surface will be able to charge their batteries.

Fourth, wearable technology revolution will lead to a decrease in the intensity of use of smart phones. The author, for example, daily wear glasses Google Glass, which is recognizable by the time obtained a variety of notifications, and perform many other routine tasks, including answering emails while the phone is in a state of deep sleep.

But the most significant benefit promise improvements in energy management. 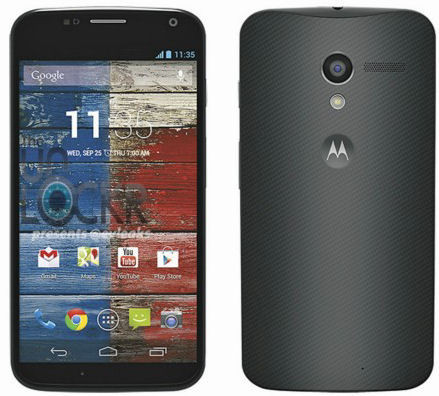 The new phone Motorola Moto X – is a miracle in terms of energy management. Reducing energy consumption is achieved by the use of a dedicated processor with low power consumption (it was originally designed for smart hours), recording voice commands and monitors the position and orientation of the phone. The device is equipped with AMOLED screen and supports Motorola Active Display. This combination eliminates the need for users to turn on the main screen when performing common functions such as checking the time and control over the receipt of notifications.

Moto X – is just one example of how improvements can bring utilitarian design smartphone. Improving the means of power management will lead to the fact that one day we will have a device that does not need to be recharged at all.

Yes, the emergence of smartphones, fed by solar energy – matter near future. And by this time the technologies already cease to amaze anyone. Phones will use a variety of technologies, including processing and mechanisms of solar energy, which, together with all the rest will relieve us from the need to incorporate their device into the outlet.

Self-charging smartphones promise to make our lives much more convenient. And in this respect among the technological innovations they will occupy the second place, right after the jetpacks.