Samsung introduced the long-awaited flagship Galaxy S6, as well as its variant Galaxy S6 Edge display, curved on both sides. Many elements in the design of vehicles from the company copied the iPhone 6. With some angles, its new device is easily confused with “apple” smartphone.

Front and rear panels of both models are made of glass Corning Gorilla Glass 4, and the side frame – made of metal. Frame rounded bottom it has done a hole for the speaker, audio jacks and connectors for cable. Thus, confirmed the assumption that the design of the case is similar to the Apple iPhone 6, but did not confirm the information sources that reported a one-piece metal housing.

Almost all the characteristics of Galaxy S6 and Galaxy S6 Edge match. Slight differences are present only in the battery capacity, size, and weight.

Chipset – 8-core, consisting of two processors with four cores each (architecture ARM big.LITTLE). The frequency of the first processor is 2.1 GHz, the second – 1.5 GHz.

Resolution front camera of 5 MP. The main camera has a sensor of 16 MP and – for the first time in the series Galaxy – is equipped with optical stabilization. Next to the camera is still pulse sensor (he is also responsible for the white balance). The main camera is easy to run by double clicking on the button “Home”. The camera application is started for 0.7 seconds, the company said. There is a function continuous AF for moving subjects.

Under the mechanical buttons below the screen, hidden fingerprint sensor. Now his work is more reminiscent of how the Touch ID in the Apple iPhone and iPad.

Galaxy S6 and Galaxy S6 Edge support the contactless mobile payments Samsung Pay. Communication with the terminal is carried out by NFC technology or MFT (LoopPay). In addition, the unit received support wireless charging from two industry standards – Qi and PMA. Technology built into the apparatus, no additional equipment, except for the charging is not necessary.

Regarding charging cable – Company reduced in half the time required for the complete filling of the charge in the battery, in comparison with the Galaxy S5.

Among other improvements should be noted speaker whose volume has also been increased by half compared to the previous generation flagship.

New devices not only acquired, but also lost. Now their normal body without moisture and dust protection. No support for memory cards microSD, the battery can not be replaced. 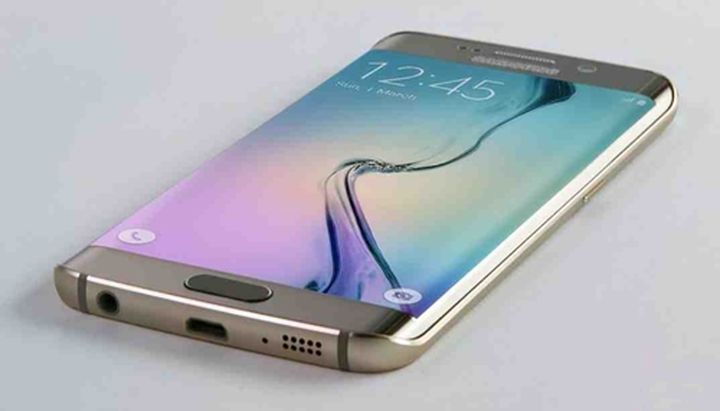 The device is based on Android 5.0 Lollipop. The company argued that almost halved the amount of the so-called bloatware (junk software) preset in the device memory, but the company is completely freed from him. Edition of The Verge notes that no change in this regard is not felt.

Many elements have been copied from the iPhone 6. “a certain angle you can be confused with the Galaxy S6 iPhone 6. If you put your finger on the sensor, the smartphone is unlocked almost instantly – just like the iPhone. Even the camera serves as the iPhone’s 6”- the newspaper notes.

Additional panel interface, which Galaxy Note Edge displayed on the beveled edge of the screen, in the Galaxy S6 Edge almost all gone. The curved shape of the screen are now for the most part is just a demonstration of technological advances Samsung and more. 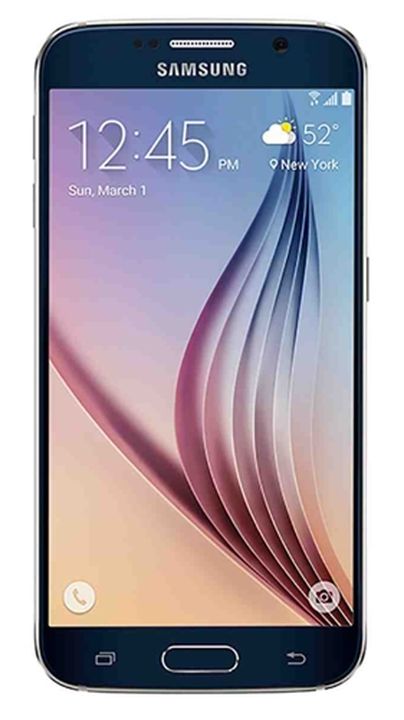 Feature Samsung Pay the company plans to launch this summer, but so far only in South Korea. At the initial stage, the function will support payment systems MasterCard and Visa. Later, the function will be launched in Europe and China, but the timing of this event is not reported. The vendor is also negotiating a support function c American Express, Bank of America, Citi, JPMorgan Chase and US Bank.

Samsung Pay will help to pay for purchases in stores using a smartphone Galaxy S6 and S6 Edge touch wireless payment terminal. Charges will be carried out with a credit card, it must be pre-attached to the service. For authentication will only need to touch the fingerprint sensor on your phone.