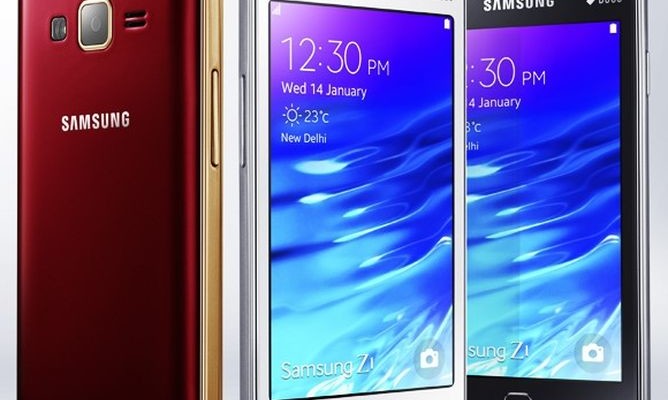 Since its appearance on store shelves smartphone Samsung Z1 Tizen has less than six months have passed, and the Korean manufacturer has announced the sale of 1 million of these gadgets. And the vice-president of marketing at the Indian branch of Samsung Asim Warsi did not fail to notice that the smartphone is sold much better than expected in the company.

The success of Samsung Z1 Tizen did not become a special surprise, as soon as 10 days after its debut in January 2015, the Korean manufacturer has reported the successful sale of 50 million smartphones, and Asim Warsi as well as now, spoke of the unexpectedly high sales device. And now, in order to further raise demand for Samsung Z1, in the next month, the company expects to release it in a new golden color scheme.

Since the release of Samsung Z1 Tizen, many analysts expressed concern that users do not want to buy a smartphone with a very limited number of applications. But in January this year, Samsung has doubled the number of programs in store Tizen Store, and after the summit Tizen Development Summit, to be held July 30-31, their number will grow even more.

Interestingly, the news of the sale of 1 million Samsung Z1 came just weeks after the company got rid of 500,000 smartphones in India. But the main culprit of the increased demand for smartphones has become his debut in Bangladesh.

Recall that the first smartphone Samsung Z1 Tizen went on sale in early January 2015. It was a very low device cost only about $ 93. It is based on the hardware platform Spreadtrum SC7727S 2-core processor with a clock speed of 1.2 GHz and a graphics processor Mali 400. RAM size is limited to 768 MB smartphone, its 4-inch capacitive touch PLS TFT-display has a resolution of 800×480 pixels, and on the rear panel of the device is simple little 3.1-megapixel camera.

A good success of sales Samsung Z1 can judge for yourself.