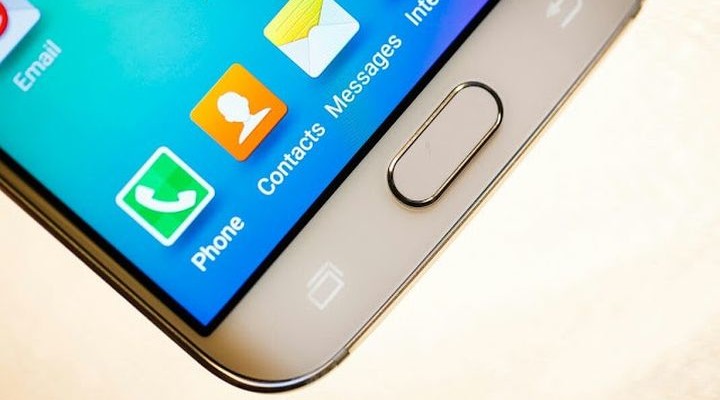 Interesting “brain” for those who follow the novelties Samsung. It appears that the network has specifications Galaxy S6 Mini, whose announcement is expected shortly. Let’s take a closer look at the characteristics of the Galaxy S6 Mini.

The new smartphone is a 4.6-inch “lit up” in the database GFXBenchmark. If you believe the popular test, the device has a number of SM-G9198. It is impossible to argue that this is a miniature version of the S6, but the probability is high. Let’s look at the main features of the new phone.

Created on the basis of the device 6-core Snapdragon 808 processor with a clock speed of 1.8 GHz.

What is known about the gadget else? It is equipped with a screen resolution of 1280 by 768 pixels. Also, the graphics accelerator Adreno 418. Besides 2 GB RAM and 16 GB of permanent storage. 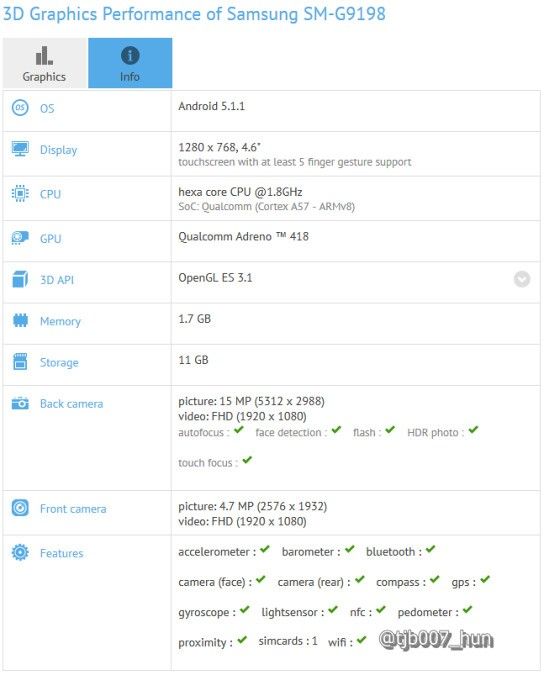 In addition, the presence of two cameras: a 5 megapixels on the front and back 16 megapixels (with autofocus and flash). In the role of the operating system performs Android 5.1.1 Lollipop. More than the actual assembly.

It is assumed that we are talking about the Galaxy S6 Mini. Although it is possible that Samsung will release another device (outsmarting the public and analysts).