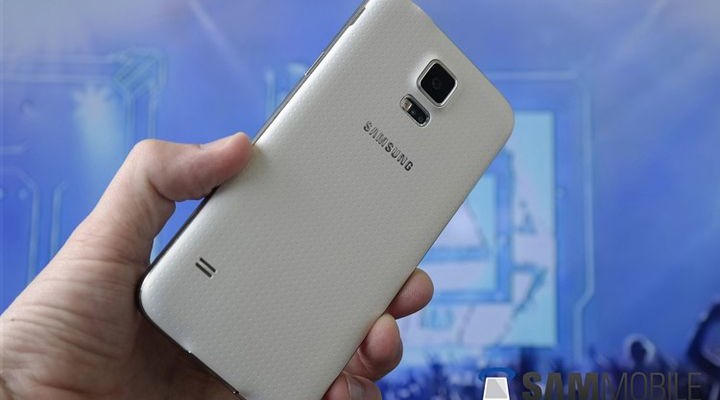 Updated Google Android 5.1.1 Lollipop for Samsung Galaxy S6 and Galaxy S6 edge is not available to all users of smartphones. However, this did not prevent the Korean manufacturer to undertake the development of the corresponding update for its flagship smartphone last year.

What is new at Galaxy S5?

This is related by insiders SamMobile, confirmed that Samsung is working on a major update for the Galaxy S5, which is likely, based on firmware Android 5.1.1 Lollipop.

The company has just started to develop this update. And it is unlikely to come before the 3rd quarter of this year. And we can only hope that Android 5.1.1 for the Galaxy S5 will include many of the “chips” inherent from more recent Samsung Galaxy S6 and Galaxy S6 edge.

In addition, it should be noted that Samsung is already testing Android 5.1.1 Lollipop for Galaxy Note 4. But we do not have any specific information about the timing of the release of this update.

Recall that the Samsung Galaxy S5 can offer users the hardware platform Snapdragon 801 with a 4-core processor clocked at 2.5 GHz and Adreno 330 graphics processor, clocked at 578 MHz, 2 GB of RAM, 5.1-inch capacitive touchscreen Super AMOLED display with a resolution of 1920×1080 pixels, the main 16-megapixel camera with LED flash and autofocus with phase detection, the front camera of 2.1 megapixels with a matrix, Bluetooth 4.0 BLE / ANT +, Wi-Fi 802.11 AC, GPS, NFC, 16 or 32 gigabytes of internal memory and a slot for memory cards microSD (up to 128 GB), and with it comes bundled with a battery capacity of 2800 mAh.