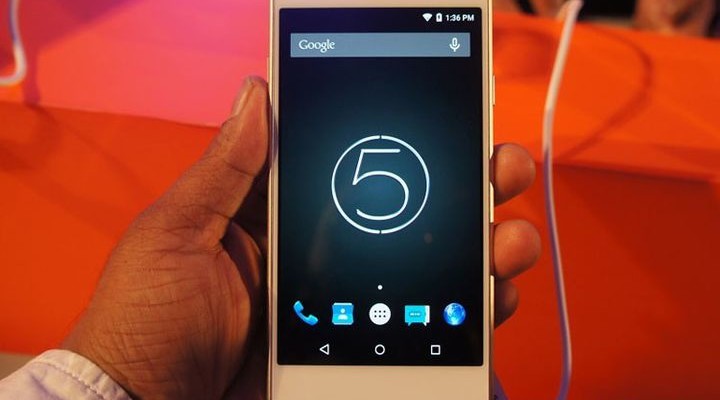 As promised, the company Micromax held an official announcement of its new smartphone Canvas Sliver 5, which is positioned as the world’s thinnest phone without protruding elements.

Micromax Canvas Sliver 5 is enclosed in a body thickness of only 5.1 mm. Of course, this figure can not be called a record figure in the market. But the manufacturer emphasizes that the iPhone 6, Vivo X5Max and Oppo R5 with the bulging camera modules have a thickness of 6.9 mm, Elife 5.1 – 5,15 mm. A Micromax managed to achieve such a small size Canvas Sliver 5 without resorting to various tricks, and the body of the smartphone has a uniform thickness of 5.1 mm along its entire length. 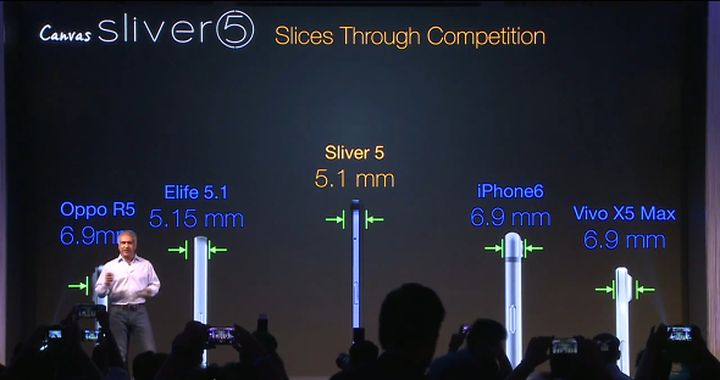 The heart of the Micromax Canvas Sliver 5 is a 64-bit hardware platform Qualcomm Snapdragon 410 with a 4-core processor and 2 GB of RAM. 4.8-inch capacitive touchscreen AMOLED-display smartphone has a resolution of 1280×720 pixels and is protected by a durable glass Gorilla Glass 3. And the company stressed that this feature of the smartphone has become one of the factors that will reduce its thickness.

On the back of the smartphone is the main 8-megapixel camera with sensor Sony IMX219. On its front panel, you can find a 5MP front camera for video calls and self, and built-in memory device limited to 16 GB but can be expanded via memory card format microSD.

Micromax Canvas Sliver 5 was not only thin, but also very easy smartphone – it weighs only 97 In comes bundled with the device is not the most powerful battery capacity of 2000 mAh. Although, given that Canvas Sliver 5 was developed with an eye on design rather than performance, this battery can be called is far from the worst possible option.

Micromax Canvas Sliver 5 is running an operating system Google Android Lollipop and has the support of high-speed LTE-networks. It will be on sale next month and will be available in versions with one slot for SIM-cards. And the cost of the smartphone will be about $ 280. 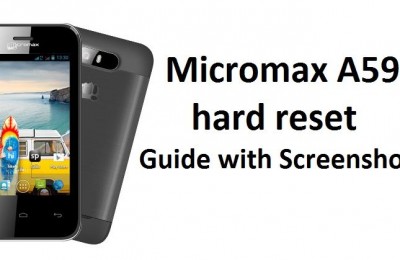