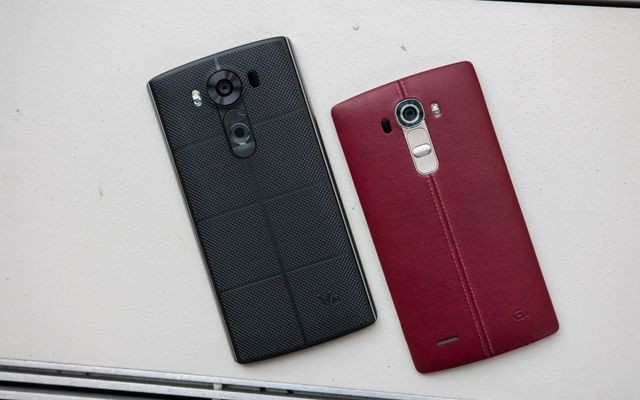 LG G5 will have two screens, Snapdragon 820 and Magic Slot

Undoubtedly, LG is already working on its new flagship smartphone LG G5, that to be presented in the spring of 2016.

Therefore it is not surprising that in addition to the web of rumors and speculation is already beginning to appear the first leaks of information about the new product.

A popular source Evan Blass (evleaks) told the publication VentureBeat about some of the features of LG G5. He said that smartphone will be equipped with Qualcomm Snapdragon 820, 3GB of RAM, 5.3-inch QHD (1440 x 2560 pixels) and a small auxiliary display as smartphone LG V10.

In addition, future flagship will get a new wide-angle camera lenses.

As you known, the last company’s top model, smartphone LG V10 has a front-facing camera with dual lens that allows to take wide-angle shots. LG G5 is also able to boast such a possibility, but this time smartphone will receive a dual-lens camera on the back panel. Main camera will have 16-megapixel matrix.

Besides the possibility of shooting with a viewing angle of 135 degrees, the camera will get laser autofocus, dual LED flash and RGB sensor, like the LG G4.

Also, I think you will be interested to know that LG G5 get a less battery than the current flagship of the company: its capacity will be reduced from 3000mAh to 2800mAh. However, LG G5 will be equipped with a more energy efficient processor, so smaller battery capacity should not affect the time of its battery life.

But the most interesting feature is so-called Magic Slot. It is not known how it will be implemented at the physical level, but it is assumed that it can be used to extend the functionality of LG G5, by connecting, for example, external keyboard, audio amplifier, VR-headset and other devices.

Let me remind you that all this is only a rumor, although derived from a very reliable source. Is it true or not, we seem to know only after the official launch of LG G5, that will be held in April 2016.