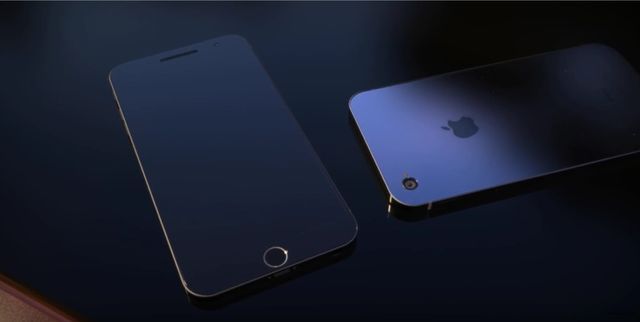 The next generation of smartphone Apple iPhone 7 Plus will be available in configuration with 256GB of internal memory and battery with increased capacity up to 3100 mAh.

Chinese MyDrivers source claims that the battery capacity and built-in memory will be the main differences compared to a smaller version of iPhone 7. Also we think that iPhone 7 with 16GB will be replaced by a version with 32GB of memory.

Relatively easy to talk about the internal memory of mobile devices, because Apple is slowly starting to reach the limit. Last year the company introduced new 12-megapixel camera that allows you to take pictures in high resolution, in consequence of which they occupy more space due to the larger number of pixels.

In addition, the new iPhone will be able to record video in 4K. Recall that the video in 4K resolution took almost 4 times more memory storage than normal. This year, Apple released the first version of the iPhone in the configuration of 64GB.

Apple reports that the owners of iPhone models with 16GB of internal memory can use the cloud service iCloud to store photos and videos. The disadvantage of this method is that to view the data in iCloud requires constant access to the Internet.

Another rumor says that iPhone 7 Plus battery will have a capacity of 3100mAh, which is 12.7% more compared with 2750mAh battery iPhone 6S Plus. Do not forget that other rumors say that the iPhone 7 and 7 Plus will be as thin as the current iPod Touch. However, the increase in capacity of the battery does not mean that the battery life of smartphone will be increased, because the iPhone 6 and iPhone 6S Plus uses energy-efficient processor, while the chip of the next generation is unknown.

As expected, iPhone 7 and iPhone 7 Plus will be presented in September-October 2016.

TAGApple iPhone 7 iPhone 7 Plus
Previous PostLenovo will show unique modular tablet and other devices at CES 2016 Next PostLG G5 will have two screens, Snapdragon 820 and Magic Slot