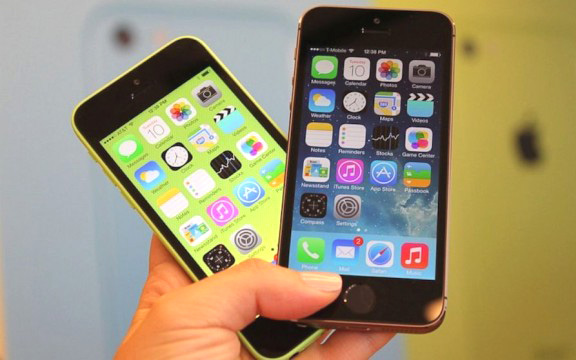 The new flagship iPhone 5s almost twice as fast as sales iPhone 5c. This is according to new research firm Consumer Intelligence Research Partners (CIRP). Experts have found out that in the last days of September, the ratio of sales of the new Apple phone was 64% to 27% in favor of the company’s new flagship smartphone. The remaining 9% – is selling iPhone 4s.

The most interesting thing is that the iPhone 5c sale now as well as a model of iPhone 4s at the time of release of the iPhone 5 – that is multi-colored body does not encourage users to purchase vehicles. However, of course, a difference there is still 27% to 23%.

Nevertheless, the situation is gradually changing, analysts CIRP. Immediately after the start of sales was reported that one iPhone 5c accounts for about 3,5 iPhone 5s. This was due to the fact that the fans of the “apple” of new products, of course, tried in the early days to get an older model, but then began to come to the stores regular buyers who choose the handset of his appearance. 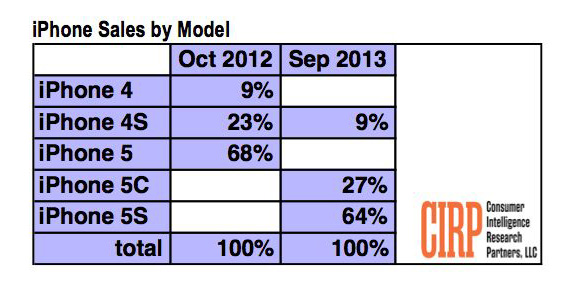 Analysts point out that the iPhone 5 made its debut in its time better iPhone 5s, with the result of sales of 68%.