Apple has not had time to present all their new products, planned for this year , as analysts have voiced their assumptions about the device, whose announcement just held no earlier than 2014. For example, an expert Ming-Chi Kuo of the company LGI Securities said the other day about a possible release of “fiscal» iMac, 12-inch MacBook Pro with Retina display and iPad 6 with a higher resolution screen.

According to him, next year, Apple is going to give serious attention to the development of entirely new products instead of periodically updating older devices. The company has decided to take this step a year ago, presenting iPad mini, and then repeated it a year later at the presentation of iPhone 5c. Why Apple does not make their computers more accessible?

As the portal 9to5Mac with reference to the statements of the analyst, the 12-inch MacBook Pro will not only be cheaper than the current “Proshek”, but even easier to current generation MacBook Air through the use of new technologies and a fundamental change in design. Extra-laptop will display Retina, processor and Intel Haswell will be a new round of evolution of computers Apple. The release of this “miracle” supposedly held in the summer and autumn of 2014.

As for the “low end iMac», it is limited only to a specialist pricing – say, one-piece will be much cheaper than the “older” model and allow Apple to improve the statistics on sales iMac. About that, due to which the Cupertino suddenly be able to drastically reduce the price of iMac, Ming-Chi Kuo silent.

According to the expert, iPad sixth generation will not receive a 12-inch or 13-inch display, as previously reported , and will keep the current screen size. In this case, the display resolution to increase by nearly 40%. Perhaps this is his only statement with which you can now accept.

It should be noted previously Kuo made fairly accurate predictions regarding Apple. The fact that the corporation will release iPhone 5s and a budget version of the iPhone 5, he reported back in January of this year. Even then, the analyst said the emergence of a fingerprint scanner, an improved camera and dual LED-flash in the new iPhone.

It is expected that in 2014, Apple also announced a smart watch iWatch and (or) TV iTV. However, you should wait for the start of the next presentation, which will be held next week – what if Tim Cook laid up an ace up his sleeve. 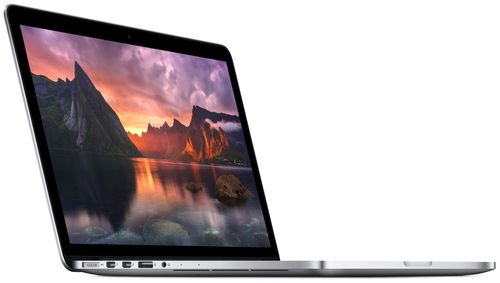