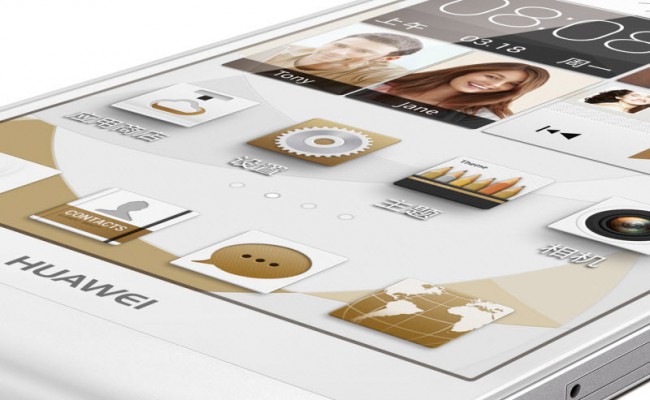 Despite the fact that in 2013, Huawei was unable to reach one of the planned objectives – namely to ship to the market more than 60 million smartphones, she managed to get a good foothold in the top three world leaders and realize 52 million “smart phones.” Moreover, the Chinese manufacturer is also the creator of one of the most popular Android-smartphones in 2013 – Ascend P6.

Despite many achievements, Huawei does not collect slow down the pace. Resource Unwiredview Huawei announces intent to release a new line of high-end smartphone segment. It will include smartphones, developed with an emphasis on both hardware stuffing, which can boast a model series Ascend D, and the design that is the distinguishing feature of representatives of the line Ascend P.

According to several Chinese resources, will lead the line smartphone Ascend Sx, which will include a configuration of 64-bit processor, 3 GB of RAM, 16 GB of internal flash memory, 16-megapixel camera, a display resolution of 2560×1440 pixels and battery capacity of 3050 mAh. All components are enclosed in a housing thickness of 6.9 mm.

Cost of the new smartphone Huawei higher price segment will be about 5,000 yuan ($ 830) – price category flagship smartphones iPhone and Galaxy S. We also know that for the development of smart phones in the series Ascend S responsible special team, led by CEO Huawei. On the timing of the release of this source is not mentioned smartphone.