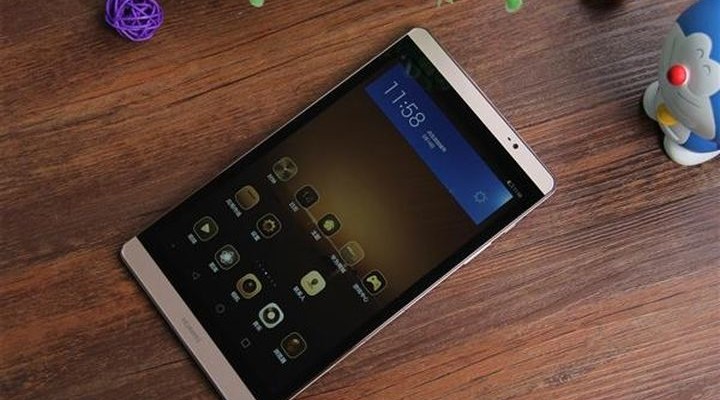 Huawei has officially unveiled a powerful new 8 inch tablet Huawei MediaPad M2, which proved to be the successor to last year’s MediaPad M1 and, in fact, is a kind of variation of the smartphone Huawei P8.

At the core of new 8 inch tablet of Huawei MediaPad M2 is a proprietary hardware platform Kirin 930 with 8-core 64-bit processor Cortex A53, 4 cores running at 2 GHz, while the remaining 4 are used 1GHz. RAM size tablet reaches 3 GB, and its 8-inch capacitive touchscreen display with a 16:10 aspect ratio has a resolution of 1920×1080 pixels at a density of 275 ppi.

What is interesting from the new 8 inch tablet? 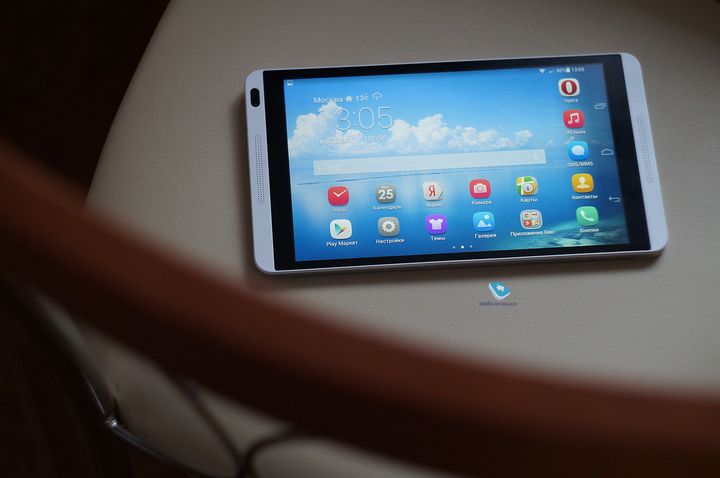 Exactly the same computing and graphics processors, RAM size, and screen resolution as that of the smartphone Huawei P8, say it is comparable to the performance of the two gadgets. A further similarity new 8 inch tablet Huawei MediaPad M2 and Huawei P8 enhanced by mentioning the available versions of the tablet, which, as in the case of the flagship smartphone will be available in versions with 16 and 64 GB of internal memory.

On the back of the Huawei MediaPad M2 is the main 8-megapixel camera on the front panel is a 2-megapixel front sensor. The plate was enclosed in a solid casing which 99.5% consist of metal. Its thickness is about 7.8 mm, and very thin frame around the display gives it a stylish and modern look.

The tablet running EMUI 3.0, based on the operating system Google Android 5.0 Lollipop. The handset has support for audio technology Harman Kardon Clari-Fi, complemented 1W speakers, and it comes complete with a battery capacity of 4800 mAh.

Already on July 16 Huawei MediaPad M2 will be in the Chinese market, after which the plate is to reach and to other countries. The Wi-Fi only version of the tablet with 16 GB of internal memory will cost residents of China’s $ 255. The same unit with an internal 64 GB drive will cost about $ 300, but new 8 inch tablet Huawei MediaPad M2 with support for LTE-networks and 16 or 64 GB of internal memory can be purchased for $ 300 and $ 370 respectively.