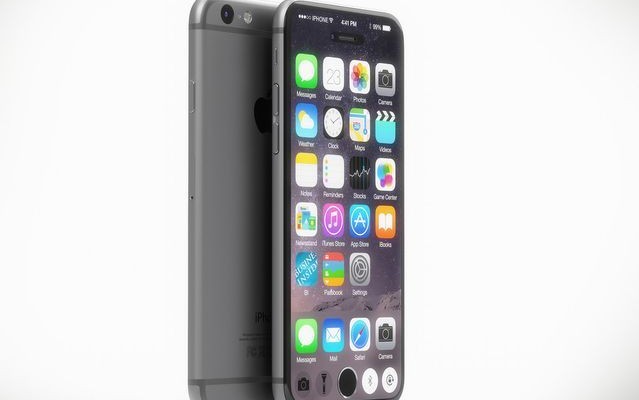 Apple iPhone 6S was presented only a few months ago, but already begin to appear rumors about the next generation smartphones iPhone 7.

Every year, usually in September, Apple released a new iPhone. We decided to collect all the leaks and rumors about the iPhone 7 and an older model iPhone 7S.

It is too early to talk about the launch of the new smartphone Apple, however, given the trend of the last few years, we can say that the iPhone 7 will be presented during the second half of 2016.

Every year Apple holds its own event immediately after the IFA in Berlin. However, Apple has never visited the exhibition and use it as a launching platform. IFA 2016 exhibition will be held from September 2 to September 7, 2016.

Apple has used the design of the previous generation of smartphones with the release of iPhone 6S. Every two years, smartphone iPhone receives a significant change in the design, so we can expect that the iPhone 7 will have a noticeable changes in appearance.

Recently, the company from Cupertino has filed pattern on the D-shaped headphone plug, which will make the smartphone much thinner. However, if there are already available headphones with a Lightning port, it is possible that Apple removed headphone jack at all.

There is speculation that the iPhone 7 will be made of a series 7000 aluminum. Apparently, the next generation iPhone will have a non-metallic frame with waterproofing and dustproof features.

Other sources say that Apple bye to the button Home on next-generation smartphone iPhone 7, while the Touch ID will be placed over the entire surface of the display.

As we mentioned, iPhone 6S has a new technology 3D Touch and more than likely that the iPhone 7 will use this technology.

IPhone 6S has a display resolution of 1334 x 750 pixels, while the iPhone 6S Plus display has a resolution of 1080 x 1920 pixels. At the moment, there is no claim that Apple is going to increase the resolution of the displays for the iPhone 7 and iPhone 7S, but Mac Otakara says that the next generation iPhone will have a “full flat” LCD display.

Apple increased the number of megapixels in cameras iPhone 6S and iPhone 6S Plus, so we do not expect significant changes to the camera iPhone 7.

Nevertheless, we would like to see new features. Apple recently acquired a company called LinX, which develops 3D sensors. According to MacWorld, next-generation iPhone will be to have a depth sensing, 3D scanning and refocusing after a shot.

With every new iPhone comes out a new processor. Currently, iPhone 6S equipped processor A9, so we expect that the iPhone 7 will have a processor A10, with the coprocessor M10.

There were also reports that Intel and Qualcomm are competing for the contract to produce the new LTE chip for the iPhone 7. In addition, the site Weibo said that the new iPhone chip 7 will have six cores instead of two in the current iPhone 6S and iPhone 6S plus.

In terms of internal memory, we hope to see the iPhone 7 model with a minimum of 32 GB. As you know, Apple does not use a MicroSD card slot, and we do not expect to see this feature in the iPhone 7.

In this case, there is no doubt that the iPhone 7 will run on the new operating system iOS 10.

At the moment, we believe only a few things when it comes to the iPhone 7 and iPhone 7 Plus. Firstly, smartphones will be presented in September 2016, and secondly, they are equipped with a processor A10 and thirdly, the next generation smartphones will run on iOS 10.

TAGApple design iPhone 7 iPhone 7 Plus release date specification
Previous PostApple Music for Android will be released in early November Next PostNew details of Samsung Galaxy On5 and Galaxy On7: characteristics, image and price