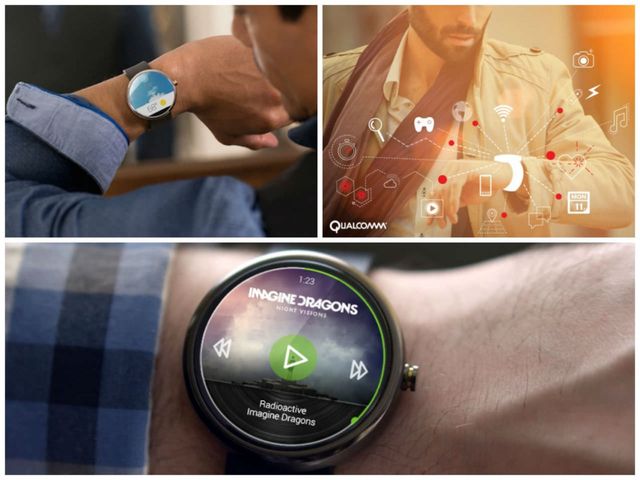 Frankly, when Google only showed Android Wear, I was ecstatic. And when almost immediately after this world have revealed Moto 360 , which in terms of “sexy” gaining 14 points out of 10, then I started to lose his head at all, thinking about the impending purchase. However, as time passed, the enthusiasm, and wah slightly subsided, replaced by common sense. And at the moment we came to the conclusion that until that gadget with Android Wear still do not have to buy. More under the cut.

If you recall the video that was released during the presentation of Android Wear (you can see below), then it says that was completely new interface designed specifically for the form factor wearable gadgets – Read hours. In addition to the clock will show the time, ie perform the function it was hours, they will be called upon to provide us with relevant information here and now. In simple terms, a clock with Android Wear on board will be a joint subsidiary of the center of notifications and Google Now on your wrist.

But that’s not all. In addition to displaying notifications to realize that (let’s be honest) pretty easy, Android Wear also imprisoned and under user interaction. And it is here, it seems to me, lies the biggest problem.

The fact that the developers decided that the best option for the chain interaction man-hours will be a voice command. WAT? Seriously, I talked about it more after the world was revealed to innovation nikomunenuzhnaya Siri – talk to your gadget has a very, very dumb. Yes, it may look cute in commercials with case studies taken out of context, but it has very little to do with real life.

I repeat once again: talk to your gadget has a very, very dumb!

Judge for yourself, take the example of the infomercial from Google. Message comes to you and you immediately want to answer it. And in most cases I would not want to dictate it aloud. Least because, as a rule, it will be someone to listen. And even if I do not write sms mistress and not dictate secret codes to launch nuclear missiles, I do not always comfortably loud voice, what and to whom I want to write. As well as not all always need to know exactly what I want from your gadget, giving it voice commands to perform actions. 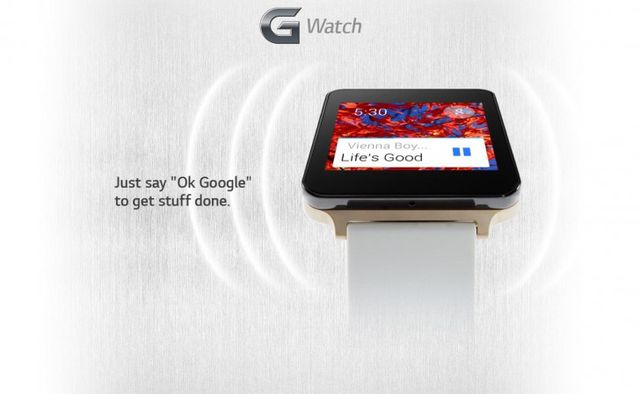 Besides still have a problem with punctuation voice dialing. And even if the robot is still taught correctly recognize the names of the characters, the comma * tell * them all the time saying * comma * is * a bit uncomfortable comma * right * question mark *

In general, voice input – obviously not the best way to interact with the gadget, and Android Wear it, in fact, unique. Can not offer alternatives, and if I could, it would have done so explicitly only for very big money, but declare that what we have now – not a cake.

Even if the robot is still taught correctly recognize the names of the characters, the comma * tell * them all the time saying * comma * is * a bit uncomfortable comma * right * question mark *

In addition, the question arises of how well a clock with Android Wear will work outside the U.S., where Google Now operates, according to eyewitnesses, very good. We are all not so rosy, that casts a shadow on the second aspect of the newfound focus OS. Contextual information that you need a “here and now”, presently issued not so much as it could (if we talk about Google Now in the smartphone to date), so the functional value of smart clock loses a couple of points on the post-Soviet expanse.

As I said in the introduction, wah little donkey, giving space to common sense, which says that at this stage (the output of the first wave of gadgets) device with Android Wear buy, rather, do not. At least, if you really strive for functionality, not the fashionable gadget that will look cool on hand. By the way, that this argument for myself I would buy Moto 360. And there is nothing strange or reprehensible, on the contrary, it is a very powerful argument in the balance “for”.

His thoughts on the issue, as always, leave comments, as well as do not forget share the article to your friends and acquaintances. Until next time!