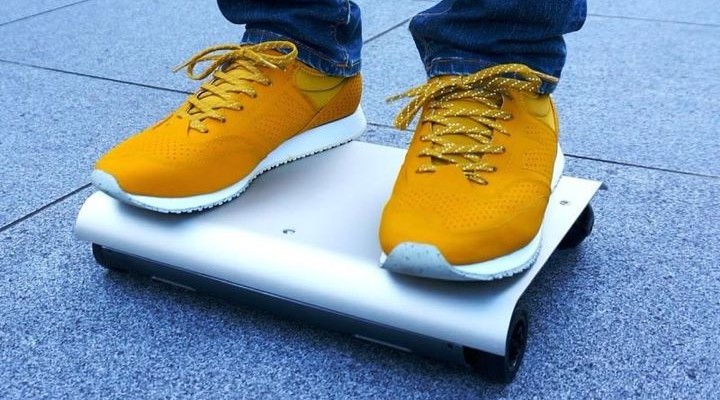 WalkCar – electric skateboard 2015 in the form of a laptop

Another unusual vehicle was born. This time, the developer sought from the Land of the Rising Sun. Japanese enthusiast has created an entertaining electric skateboard 2015 called WalkCar.

The platform is equipped with an electric skateboard 2015 and literally rides itself. The second key point – ordinary design. The form of the invention resembles a laptop.

The built-in battery lasts for 11 kilometers (approximately). Top speed is about 10 km / h.

Author WalkCar positioned as an excellent way to get around the city. The device is extremely compact – fits easily into any bag.

The design is capable of supporting a person weighing up to 100 kg. How do I control? Due to the redistribution of weight. Where the driver of “bent” to the unit, and should be.

The price is 800 US dollars. Admission pre-orders will start in October this year. Popular area Kickstarter help raise money for the organization of serial production.

The release is expected of electric skateboard 2015 in spring 2016.