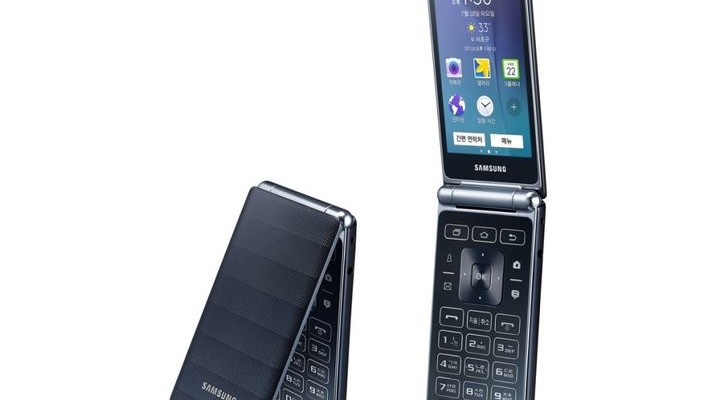 Barely had time to show the model LG Gentle, introduced a similar gadget Samsung. The device of this company called new Galaxy Folder is the “successor” apparatus 2013 release.

The release will be held in Korea in August. The price of new Galaxy Folder is $ 250. Unfortunately, it is extremely doubtful that the Galaxy Folder appears in the neighboring countries.

Detailed specifications yet. Samsung released only general details. It is reported that the phone will receive a simple keyboard, 8 GB non-volatile memory, the navigation module GPS, front 2-megapixel lens on the adapter Wi-Fi, the battery capacity of 1800 mAh, and the main camera of 8 megapixels.

The screen size of new Galaxy Folder – 3.8 inches. On the resolution is unknown.