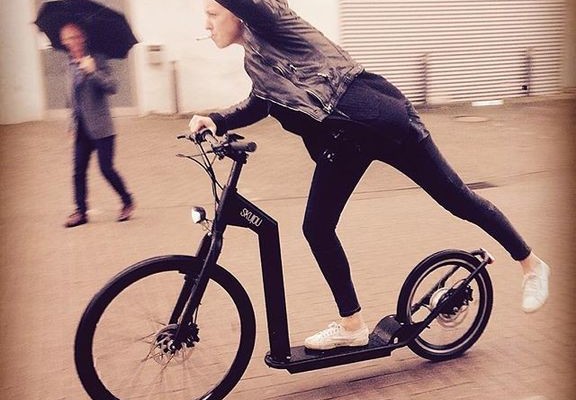 The developers from Germany caused a stir. Created Skujou Cruise – an amusing hybrid urban electric scooter and bicycle. On electricity.

Designed 2-wheel urban electric scooter to move around the city. The maximum speed of a personal vehicle is 30 km / h. 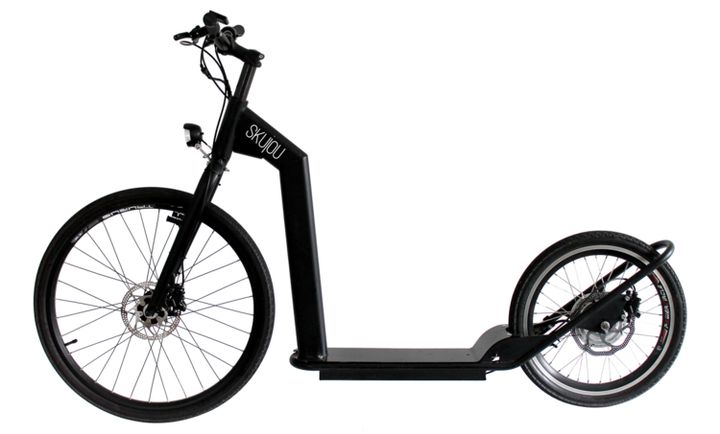 If you believe the authors of the draft, built-in battery lasts for 20 kilometers. After that, the power supply requires a 6-hour recharge.

The battery capacity of 11 Ah. As for electric power, it is equal to 350 watts.

It weighs 15 kilograms Skujou Cruise. The basis of design – aluminum frame. In addition, there are hydraulic disc brakes, as well as special handles on the steering wheel – to control stopping and acceleration. 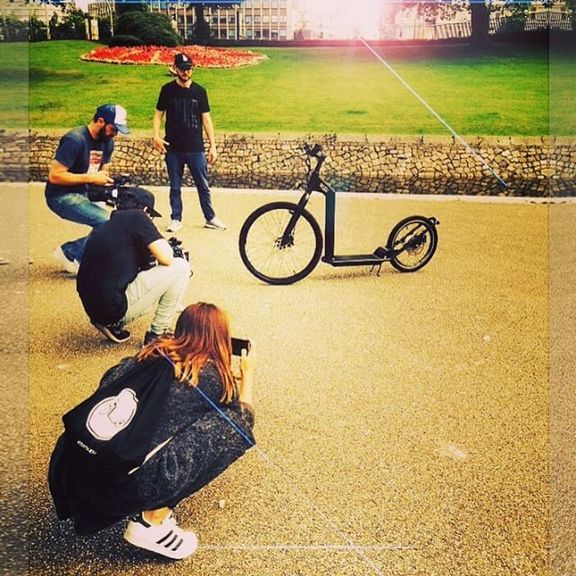 To use the scooter easily. The owner once enough to push off from the road to start the movement.

The concept is not bad. However, the creators could not organize production. Appropriate action on Kickstarter failed.

Why did this happen? Probably my fault too high the price of the urban electric scooter is 999 euros. Such spending is able to afford not everyone.