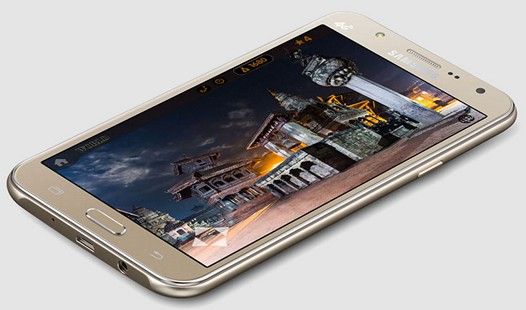 Samsung Galaxy J5 2016 will be little larger than its predecessor

Over the past few months Samsung systematically and without much hype has been working on updating its earlier Android smartphones.

Thus, the South Korean company decided to upgrade the line of smartphones Galaxy A, which were significantly improved compared to previous models. Behind them followed the family Galaxy J – the company has already unveiled an updated Galaxy J1, and the next will be Galaxy J5 2016.

The new smartphone Galaxy J5 2016 has not been officially released, but today it appeared in the materials of the site GFXBench.

If we look at the specifications (screenshot below), we see that Galaxy J5 2016 is fairly attractive device. New smartphone has slot for two SIM cards and it is not radically different from its predecessor. 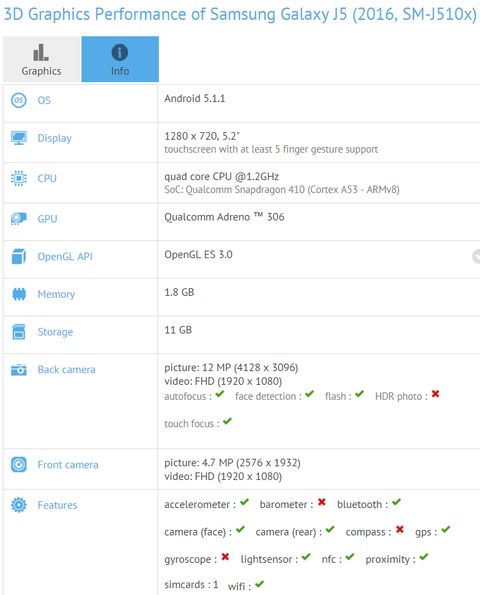 The smartphone will be based on 1.2 GHz Qualcomm Snapdragon 410 with graphics accelerator Ardeno 306. Also Galaxy J5 2016 will work with 2GB of RAM that is 512MB more than the last year’s model. These 0.5 GB will become one of the most significant changes.

The screen size of the updated model will increase from 5 to 5.2 inches, but the resolution will remain the same – 1280 x 720 pixels. The cameras also will not change: the main camera will have a 13-megapixel sensor, and on the front of the smartphone will be located all the same 5-megapixel camera.

The latest change is internal memory, which increased from 8 GB to 16 GB.

Unfortunately, the site GFXBench not published information about battery capacity. Also we not find information about the price Galaxy J5 2016, as well as the date release. However, if we know all the technical details, so the official release will take place in the near future.