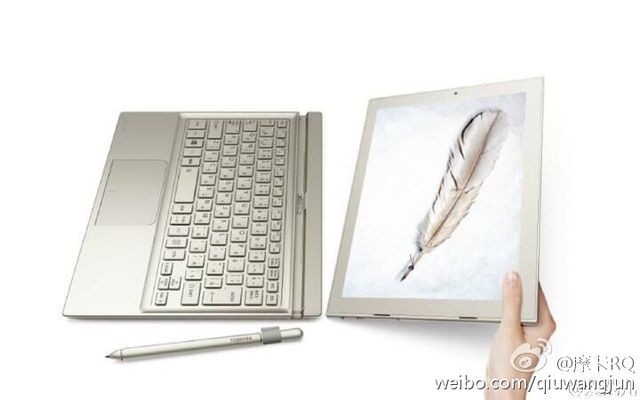 If to believe the latest rumors that came from China, one of the world’s leading manufacturers of telecommunications equipment and mobile devices Huawei is preparing to release hybrid laptop and tablet with two operating systems on board.

The company will release hybrid tablet that can be converted into laptop with an external docking keyboard. The main feature of this device that the user can choose the operating system Microsoft Windows 10 or Google Android with the shell Huawei EMUI.

Hybrid laptop is a device that works as laptop and tablet. Typically, the tablet can be seen as a large smartphone, which is not designed for serious graphics load. While hybrid laptop is able to perform the full function computer or tablet, depending on the task. Today, hybrids are mostly based on Windows and Chrome OS. Huawei plans to release “two-faced” laptop that works on Windows 10 and Android with firm shell EMUI.

At the moment we do not know about hardware of hybrid laptop, but we do know that it will be made on the basis of the processor architecture x86,. It is not surprising, because tablet will support operating system Microsoft Windows 10.

We also know that the new product is likely to be presented at the upcoming exhibition MWC 2016, which traditionally will be held on February 22-25 in Barcelona.

If the rumors are true, then it seems that Huawei has decided to create products for new market segment – laptop market and hybrid devices. By the way, another Chinese manufacturer Cube plans to release compact laptop with operating system Remix OS, which is known to be developed on Android and Microsoft Windows 10. In addition, popular manufacturer Xiaomi plans to release laptop. It seems that Chinese manufacturers have decided to conquer the laptop market in 2016.