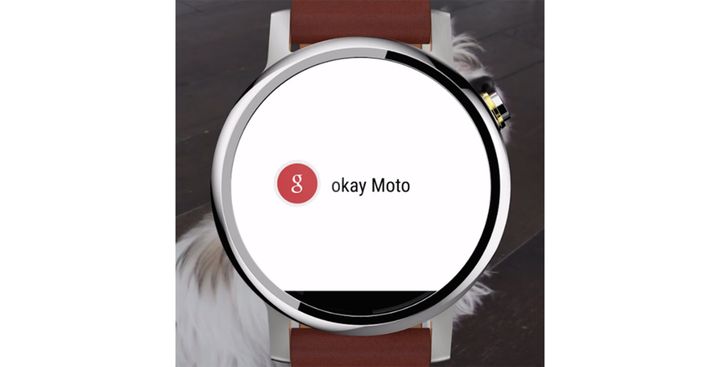 The official Twitter of Motorola showed a new smart watches Moto 360. The first version of the gadget, we recall, is considered by experts the most beautiful gadget on Android Wear, and the docking station of a wireless charging looked impressive. However, smart watches have become hostages of the weak iron and because of that were not very popular.

Photos and videos of the new Motorola new smart watches can be considered leak, although the probability is high that the way the company wants to attract additional attention to the device. So, originally published in the Twitter video, then it was replaced by images of prototypes, and then – and do delete the message from the page.

A similar story was observed in March, when Yuantsin Yang, CEO and chairman of the board of directors of Lenovo, on the personal page on the site Weibo posted a picture with metal and leather straps for smart watches, as well as a number of other components for a new generation gadget. These photos were removed soon after publication.

The lower part of the screen in the new version of Moto 360 is likely to remain inactive. In the first version, this segment is also given official purposes, while other manufacturers are now being developed with the full round the clock screen. In particular, Samsung prepares Gear S2, which were announced in the Galaxy Unpacked 2015 with smartphone Samsung Galaxy S6 edge + 5 and the Galaxy Note, but will be officially presented at the IFA 2015 in early September in Berlin.

In the video, the new Motorola smart watch is also visible modified design strap. Recall that in the first generation of the gadget due to the use of metal bracelets rear panel of the case quickly covered with cracks and cracked. Moto 360 new housing, by the way, have decided to make all metal and as a basis device chipset used on the architecture ARM v7a.

Experts expect that the new smart watches will be supported Moto 360 iPhone, and the similar feature will be implemented directly in the Android Wear. In addition, the battery life of the battery of the gadget should be increased to achieve competitive performance.