Google has in its official blog for Android developers announced the launch of the service App Translation Service, announced during the event I / O in May 2013, which will allow developers to view a list of third-party companies selected Google, providing translation services applications into different languages. 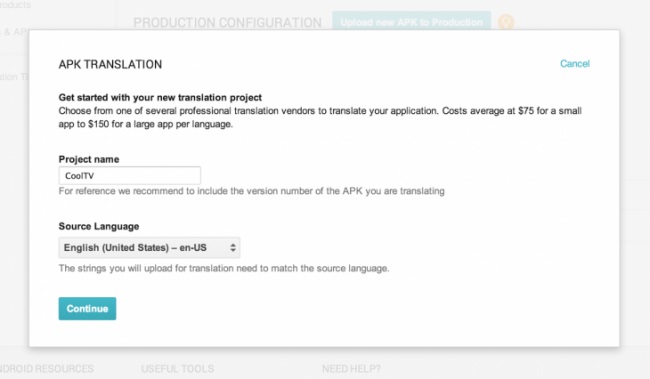 Service App Translation Service is integrated directly into the control panel developer account Google Play Developer Console and allows you to convert APK-files as a whole. Developers only need to prepare the APK-files to the translation: download strings to translate, choose from the list the desired languages ​​and relying on their own time and budget to choose a company to carry out transfers. Upon completion of transfer only need to import the files back, using plug-in ADT Translation Manager Plugin.

It is worth noting that the service App Translation Service also allows the developer to communicate with the company that he intends to entrust the translation of your application to other languages.

Google is hoping that the service App Translation Service will help make the process of localization of applications, which each day while building a user base on a global scale is receiving increasing attention, a lot easier.