Sony – one of my favorite companies, so I’m always with trepidation treat its novelty. But when we first met with Sony Alpha A5100 I had a kind of feeling. The thing is that I have long been using Sony Alpha 5000 as a camera for traveling and novelty, like a twin brother, like her. But it’s Sony, they have no such things. At a closer look new and really deserves the title of “worthy upgrade.” Let’s see what users expect in the new chamber and whether Sony has improved the already good device.

As mentioned earlier, the novelty as a twin brother, similar to its predecessor. Locating Controls and connectors completely changed. Is that plug flash cards and interface connectors got a folding design that allows you to charge now or connect the camera to the PC more convenient.

Also worth special mention new decoration housing. It is the same plastic, but this time is modeled by the skin. Looks quite nice and the tactile sensation of using the camera much nicer, but it are completely individual.+ 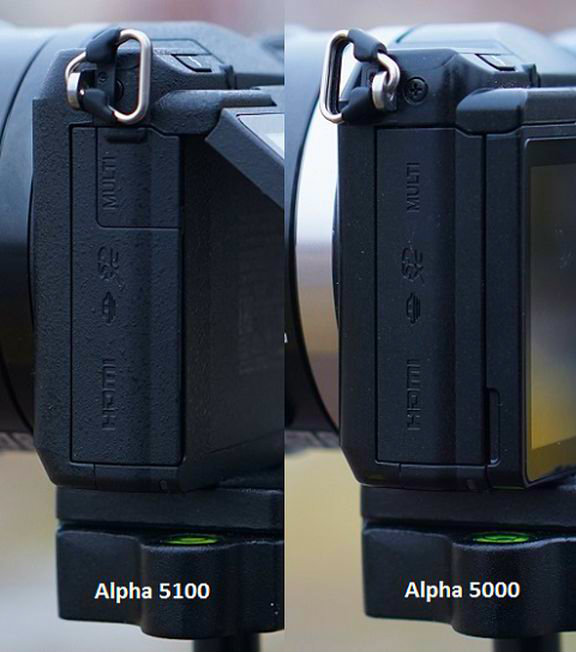 On this, perhaps, external differences and come to an end. All the same built-in flash, no hot shoe, a controversial video recording button layout as it suggests that it is updated, rather than radically new camera, and major changes await us in the inside.

This is where the fun begins. The camera is installed on more advanced filling fellow Alpha 6000 is CMOS APS-C (23,5 x 15,6 mm) sensor with a resolution of 24.3 MP and CPU cycles BIONZ X. This is a very positive impact on the ability to shoot in low light. The camera had the opportunity to raise the maximum value of up to ISO 25600, and even at such high values ​​are still good detail and color reproduction. Call such the ISO working hard, but, nevertheless, the result looks quite impressive. 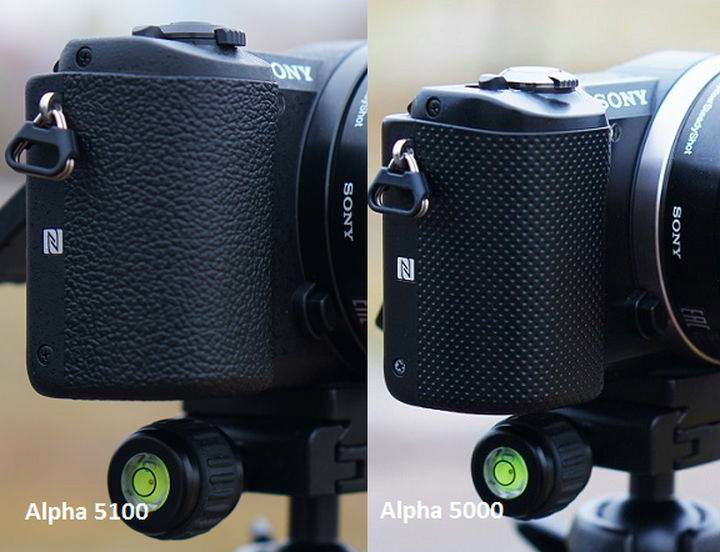 But the ISO up to 6400 can be completely described as “workers” for the majority of subjects. And given the fact that the camera is designed for novice users who are more important to be able to receive “not blurred” shots indoors (in low light), the novelty looks very profitable. It gives the opportunity, while maintaining a decent level of detail and noise, while providing the ability to set faster shutter speeds.

But the improvements do not end with the sensor and the novelty has one of the fastest at this point autofocus system among mirrorless cameras. This hybrid system, which consists of 179 phase sensors, occupying 92% of the matrix 25 and contrast, which greatly increases the chances of catching the right moment when shooting fast moving objects, especially if activate the servo AF. And returning to potential clients cameras that are likely to be removed children, pets, and various family activities, this is a very important feature. 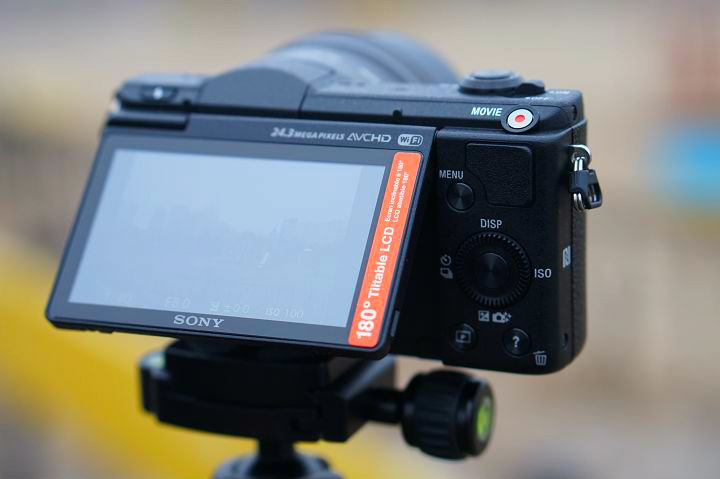 The country remains the burst speed is just 6 k / s, especially given the fact that the same by stuffing Sony Alpha 6000, this figure rises to 11 / s (with the same sensor and processor). Probably, this marketing ploy is needed in order to make more distance between the younger and older model, in addition to the presence / absence of the viewfinder. Well at least the length of the series remained at the same level (60 consecutive frames).

Individual deserves praise appearance of the touch screen, although the implementation is somewhat undone. So, to use its touch capabilities can be in only 2 cases: the choice of focus points, or shooting at the touch. In all other tasks touchscreen did not apply. And it is at least strange, since viewing the footage or navigate through menus to perform using the touch interface would be much more convenient, what to speak of entering passwords to Wi-Fi-networks. But even in such an implementation is the one feature that really lacks modern mirrorless cameras, especially entry-level, which is very limited number of controls. Than if no touch, it may be convenient to choose the subject?

Videography on the camera has become a standard, and Sony, like anyone else, knows a lot about movies. Sony Alpha A5100 is ideal for normal users to capture video of excellent quality. The servo lens (with rapid ultrasonic motor, drive and stabilization zoom) will forget about shooting video with manual focusing. And this is the real punishment for shooting video on SLR, about zooming and general speech could not be. Add to this the ability to record video in 1080 / 60p, or 1080 / 24p in XAVC S, AVCHD, MP4, as well as the presence of built-in Wi-Fi module and NFC for easy exchange of footage – and we have the ideal solution for home and rest.

Advanced videographer will also find in this unit a lot of useful information. This matrix with superb colors, providing excellent quality in different shooting conditions, and fast autofocus system combined with touch screen (for selecting the subjects). And the presence of features such as focus-picking who will be missed by focus, highlighting the edge, and the zebra, which is very convenient to indicate any overexposure in real time, make it a perfect solution. However, the sound will have to write only the built-in stereo microphone.

As previously mentioned, the camera has a built-in Wi-Fi modules and NFC. They allow you to quickly and easily connect your camera to your smartphone to transfer the footage or remote control camera. All these charms only work with Android, iOS, PC and TV with support for DLNA, about any WindowsPhone and other yet and the question. But working with the TV – it is a very useful thing, especially if you like to view photos a big company. In Sony Alpha A5100 everything works quickly and easily, even with older TVs that are connected to the network through the wire. You need to connect the camera to the same network – and the camera will automatically find and display the TV image.

From older SLR cameras mirrorless Alpha and got the menu, and this is perhaps the biggest disappointment. Due to the small number of governments refer to it often enough, and it is sometimes difficult to find the desired setting. In line NEX it was much thoughtful and intuitive, although it is very individual.

The Sony have a truly worthy update available camera. This is perhaps the best SLR for novice photographers. Of the minuses worth paying attention only to the lack of hot shoe, as it makes it impossible to use the camera with studio equipment and the external flash. But how often it should be a normal user? For the rest, it’s the ideal camera, especially as the first serious camera. Definitely recommend to fans, as well as all young parents, as this camera is able to accurately memorializing the child at any speed. All good shots, and do not forget to write in the comments what you think about this baby.

TAGcamera Sony Sony Alpha a5100
Previous PostCamera that is capable of a new Moto X? Next PostNexus 6 or BlackBerry Classic? Pure Android or half-forgotten button?