Dell Inspiron Micro a new nettop based on Windows 8.1

Developers Dell continues to capture market miniature PC. Not so long ago the release Chromebox, compact platform running cloud Chrome OS. Now the company has decided to launch an analog with Windows 8.1 on board. Let’s look at the device closer.

Between these gadgets a lot in common – the size and cost. Inspiron Micro Price starts from $ 180 (total amount depends on the configuration).

Users are offered several options with processors Intel. The choice of the following configurations: Celeron J1800, Celeron J1900 and Pentium J2900 (Bay Trail). Let’s look at the technical characteristics of the device.

Features of the Dell Inspiron Micro

Differences exist, however, the foundation alone. All models are able to boast of 2 GB of RAM, a slot for microSD, SSD of 32 GB. It is also a good wireless Bluetooth 4.0 and dual-band Wi-Fi 802.11ac.

Even in the presence of a full set of connectors: There are three ports USB 2.0. And just one version 3.0. In addition, the product is equipped with DisplayPort, HDMI, and Ethernet. 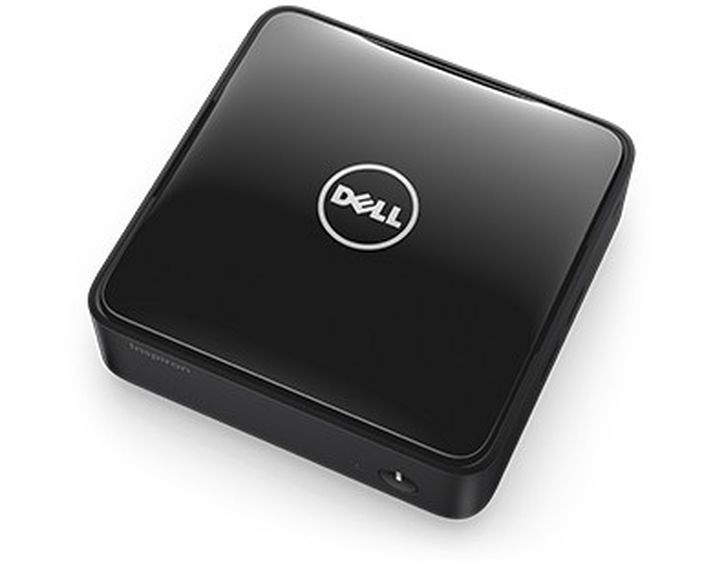 In the role of the operating system performs a 64-bit platform Microsoft. A nice bonus – a free upgrade to Windows 10 that will be released (this summer).

Conclusion of the Dell Inspiron Micro

It is obvious that the base assembly will compete Stream Mini from Hewlett-Packard. For the HP is also asking $ 180. Only within another chipset – Intel Celeron 2957U Haswell.