Home NEWS How to change theme on Google Keyboard and get new emoji? 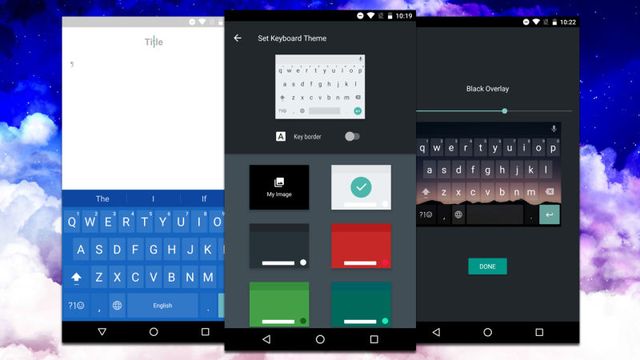 How to change theme on Google Keyboard and get new emoji?

The third version of developer preview Android N was released after Google I/O 2016. Also Google introduced a number of new resources and customization features. One of the key update is Google Keyboard with support for themes and emoji. It is the best that you can already install on your smartphone or tablet.

The new version of Google Keyboard comes with features to try to compete with Swiftkey or Fleksy Among the new features are 72 new unpublished emoji, theme support and a new method to correct words.

Now you can choose the different themes for Google Keyboard. You have to go to Settings> Language & input> Keyboard Google> Theme. Here you will find various color combinations for the keyboard. Even you can place a background photo.

The new emoji have a wide variety and you can find a ton of new foods, signs, animals and jobs both female and male. 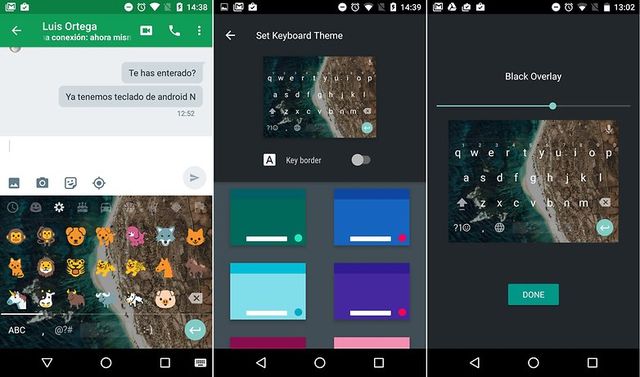 If you enjoy new Google keyboard you can download the APK file with the version for Android N. We must remember that if you want to install it, you will need to activate the unknown sources in Settings> Security.

The new wallpapers for Android N have been published on the internet and you can download them. Previously one wallpaper for Android N has been leaked but now have five pictures, which became available after the release of the third developer preview Android N.

One wallpaper with pink background is that we all know. The other wallpapers are satellite images and Android Marshmallow. You can download them from this link.

What do you think of Google Keyboard with new themes and emoji?