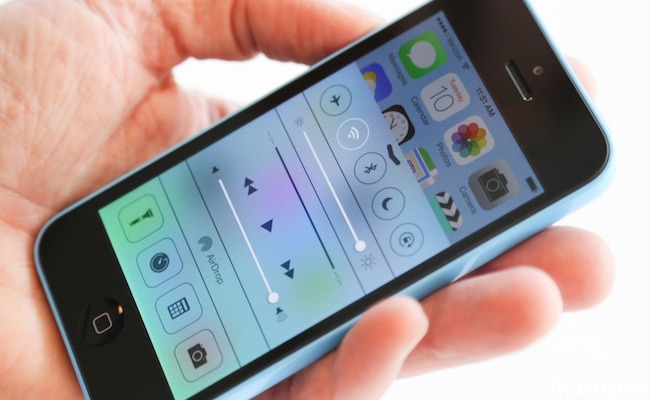 iOS 7 brought to our smartphones is a new slim design, updated applications, several new features. There are already useful innovations like AirDrop or possible return swipe right. There are also less useful, such as the mode of “1 × 1” standard application “Camera”. Together with them, as was inevitable, the system brought a few bugs and flaws. Most of them have corrected in the previous update, and the others are correct.

It happens, usually unexpectedly and all for different reasons, but it happens – fly application and home screen freezes or causes a reboot – that’s what is still famous for iOS 7. However, if during the use of the OS it had bugs you fancy, bad news for you – in Apple acknowledged their existence and have promised to fix it. When Mashable popular once again raised the above bugs, calling them “black / white screen of death,” they had received a comment from the press secretary Trudy Muller Apple:

We are preparing a fix for a bug that causes an error of the home screen, in the upcoming software update.

So, in one sentence Apple made it clear that she works for us, just does not have time all at once. Actually, the only thing that made it clear. From the message it became clear – whether this has been fixed with the release of iOS 7.1, which is now in its fourth beta or patch will be released earlier, for example version 7.0.5. Somehow, though, and there are bugs, but not often manifest themselves. Can wait before the release iOS 7.1, most importantly, that the elimination of errors we have already promised.

TAGApple bugs iOS 7
Previous Post[Concept] iWatch, which do not look like a clock Next PostRepublique - Elder brother is watching