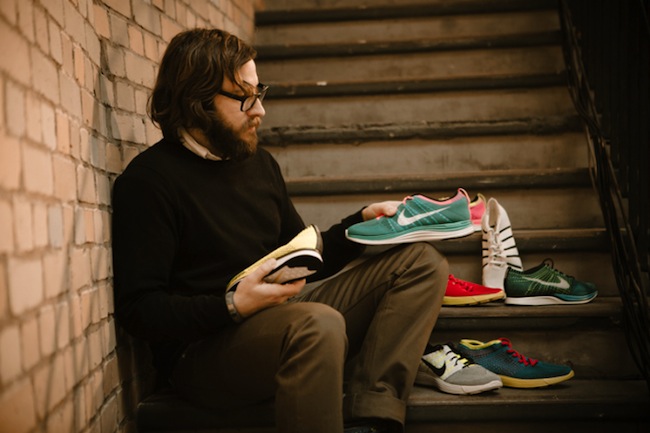 Apple lured one of the main designers of Nike FuelBand Apple continues to hunt for valuable employees that can help engineers to develop new corporation revolutionary products. In mid-August, it was reported that the tech giant has decided to hire a well-known fitness instructor Jay Blahnik , who took part in the creation of popular bracelet Nike FuelBand. However, in Cupertino decided not to stop there: soon to work at Apple as head of the design department enters Nike Ben Shaffer, writes 9to5Mac.

At the time, Shaffer led the development of a fitness bracelet Nike FuelBand, so it’s safe to say that the original design of this accessory has been created by Ben. At a time when Shaffer was at the helm FuelBand, analysts at Fast Company named one of Nike’s most innovative companies in the world.

Ben is also engaged in the creation of sneakers Flyknit shoes, and the process of their development was largely similar to the birth of the design of the MacBook from Apple. At the time, Johnny Ive realized that to create an incredibly thin and light devices, you must use an entirely new manufacturing process. Before Shaffer had a similar problem: he had to come up with such shoes that are virtually weightless on foot, but were made from the highest quality materials.

In general, the ideology of the famous Apple designer know firsthand and will develop products appropriate level. Rather, Ben will join the backroom for a smart watch iWatch , and perhaps even lead the design division. FuelBand bracelet looks quite stylish and still has a lot of useful features. Most importantly – its nice to wear.

Nike FuelBand is a very popular accessory among top managers Apple. The interest in this devaysu shows not only Bob Mansfield , but also the CEO Tim Cook. The latter, by the way, part-time on the board of directors of Nike.

Judging by the fact that Apple only hires workers to build iWatch, the official release of “smart” watches we’ll see until the summer / autumn of next year. During that time, its competitors may well produce their own decent smart watch. While it is they are not very successful .

Representatives of the company Nike have confirmed that Ben was not listed as their employee, but kept silent about his fate. What we can only wish him good luck in the new workplace.