Home GADGETS New 5 wearable gadgets that force you to work 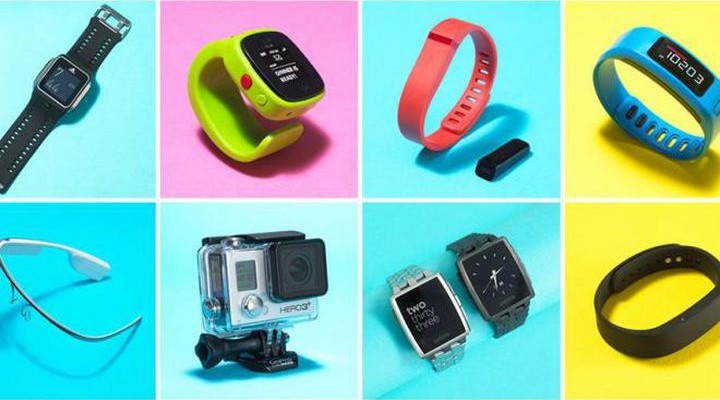 You a selection of wearable gadgets that will help you improve your performance at work, to calm the nerves and improve memory.

Is your back sore from the constant sitting at the computer? Do you have trouble concentrating, especially after a hearty lunch? Do you remember what a great idea came to your mind the day before yesterday? No matter when and what prevents you from doing your job, there are a number of wearable gadgets that will help solve your problem.

Handheld devices, oriented to health and well-being, are still in a legal “gray zone”, but it does not slow down the release of innovative products. Inc. magazine He presented five wearable gadgets that can help you improve your performance, calm the nervous system, improve memory and even recall what we need to breathe. 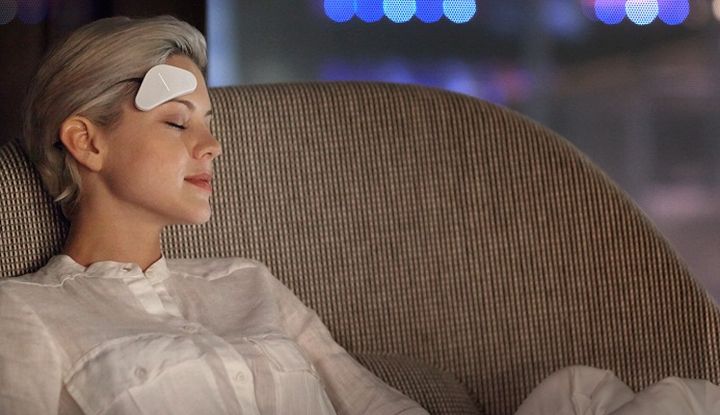 The device Thync Vibe, which is mounted on the head of the temple, the micro sends electrical impulses to the brain, thereby helping to change the mood of the user – either soothe or cheer the human nervous system. The effect is not achieved immediately, but after 5 minutes and lasts up to several hours, depending on the configuration Thync. The company sells starter kits Thync System for $ 300.

Author Wall Street Journal, who tested the wearable gadgets on himself, noted that Vibe works differently for different people.

“Of course, it is for the brave people are. When I first used a gadget improperly, there was a feeling that my brain a little freezes as if you drink ice Slurpee. In Thync say that he acts on the 80% of the people, for others it is simply not working. A colleague, who ran three Thync, said he felt as if his tiny ants bite” – Geoffrey Fowler wrote in his review.

Fowler said that after ten or so sessions with the device, he would have thought that to have such a device. 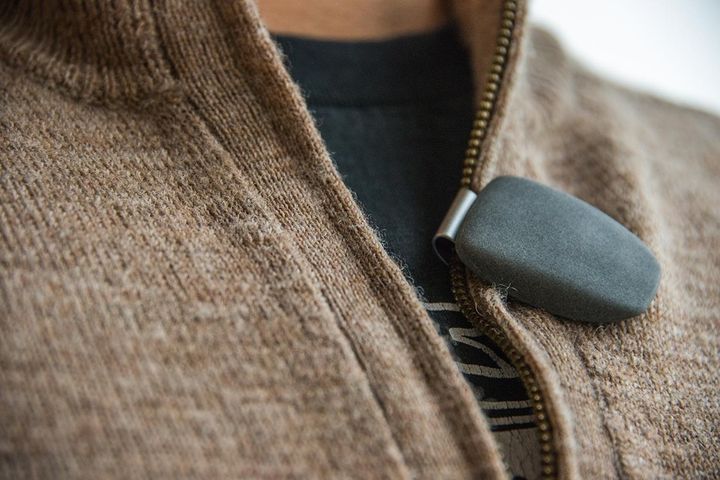 Breathe. That’s what the creator of Spire Nehemiah Moravezhi wants you to do. The device differs from other fitness trackers in that it not only measures your activity. It determines how much you are tense, breathing character tracking throughout the day. The device analyzes breaths to 10 different characteristics and indicators.

Clip for $ 150, which is attached at the waist for men and women on the chest, lets you know the approach of stress. A notification comes via Bluetooth on the phone, it’s time to take a deep breath and calm down.

Spire argues that prevent more than 1 million cases of irritation and fatigue in the week. The company emphasizes that customers say high performance and peace of mind, as well as reducing fatigue and headaches. 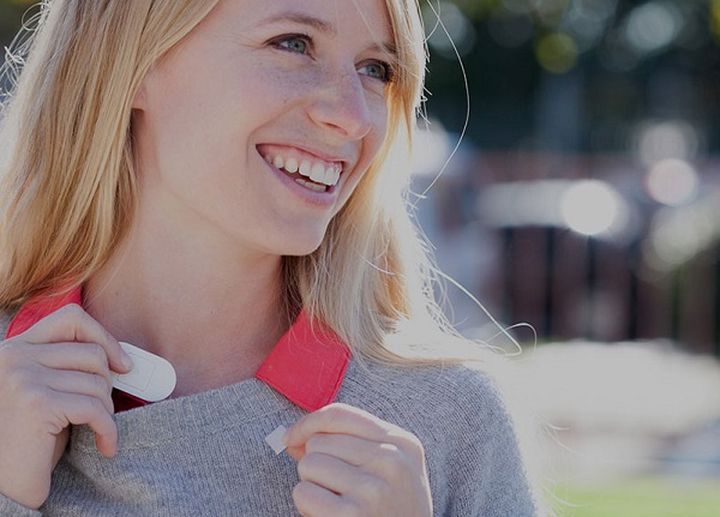 Forever stopping people Lumo Bodytech released smart posture corrector Lumo Lift. The wearable gadgets are attached to the clothes under the collarbone. The cost of basic kit Lift, included in Time magazine’s list of the 25 best inventions of 2014, starts at $ 80.

Lumo General Director and co-founder Monisha Perkash told Time, that people “just forget” to align the back. Here’s the Lift and found his niche. The gadget monitors the position of the body by measuring the angle of displacement and vibrates when you need to align your posture.

Time noted in the annotations to the list in 2014, that the device will buzz if the user intentionally bent. Those who want to improve their posture, but can not stand portable gadgets can try smart pillow Darma for $ 150, which controls posture and adapts to the shape of your waist. 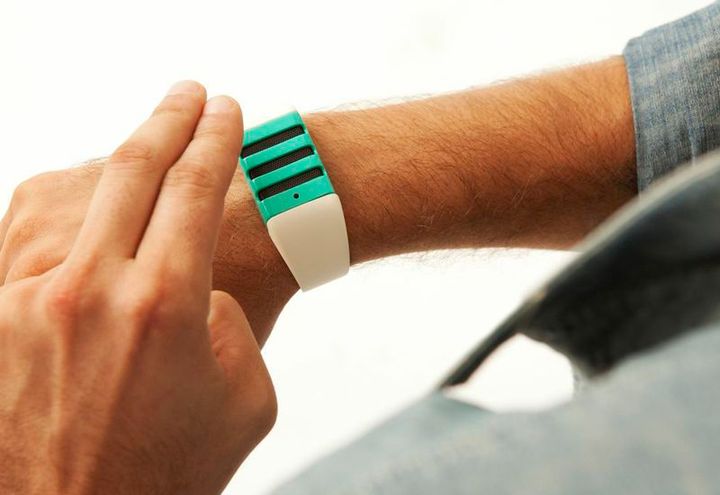 Kapture bracelet can be a good substitute for long-term memory for those who like to think out loud, but always forget to tell. The device allows one-touch play last said something and then transfer the audio via Bluetooth to your smartphone. However, it should be borne in mind that the audio does not exceed 60 seconds, then the file is overwritten.

The gadget, which is worn on the arm bracelet, all the time records audio, so you do not have to guess in advance whether you want to record the conversation or not. But this does not mean that a little care will help to extract the maximum benefit from the device which is available for pre-order and retail for $ 150.

Co-founder Kapture Matthew Dooley, he argues that the problem of the gadget – to prove the value of human relationships. 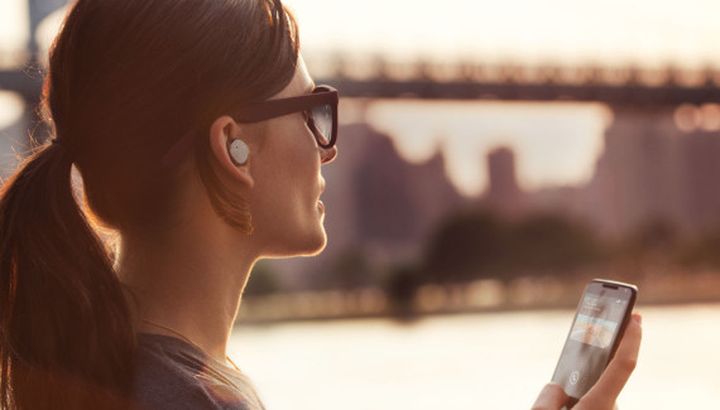 In the Apple believe that people want to use the functions of their phones without hands. Project Moto Hint, Motorola sells almost the same idea, but instead to carry the device on the wrist, it is in the ear. Smart Headset (or “wireless headphones”) Moto Hint allows access to your phone using voice commands.

Hint – it’s more than phone calls. You can use the headset to send text messages, google, post to Facebook or configure notifications – all without hands. Work with your smartphone begins with the phrase “OK Moto”.

When the product a year ago was first introduced on the market for $ 150, edition of the Verge called it “the future of Bluetooth-headset”. The device is currently being sold for half the original cost – for $ 80.

Smart headphones new generation, released in July 2015, is available for $ 130, for which you get 17 hours of talk time.