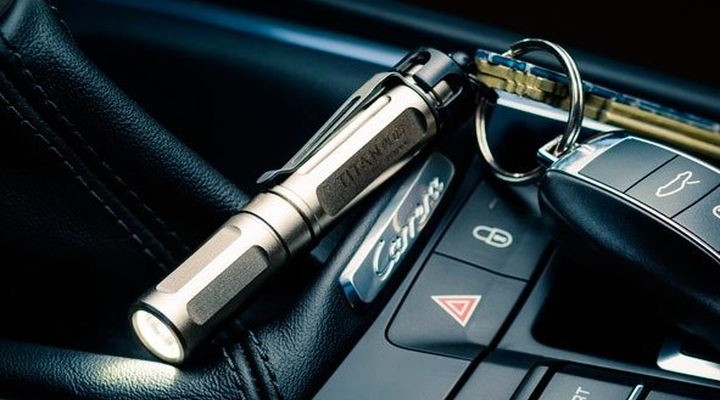 Among the latest innovations in the category of SureFire LED lights, it was presented a relatively small everyday pocket LED Flashlight SureFire Titan Plus, the design and functionality which is based on the popular series of SureFire Titan. Lantern Titan Plus was an updated chassis and a more powerful white pocket LED Flashlight without any changes in working hours from one fully charged the battery.

Feature of the pocket LED Flashlight In contrast to the basic model, which is traditionally made and anodized aluminum, sealed housing SureFire Titan Plus is made of nickel-plated brass, which, according to the manufacturer, is resistant to corrosion and scratches. Pocket LED Flashlight protects a special polycarbonate glass with anti-reflective coating. The total length of the lamp is almost 86 mm, the maximum diameter of 15 mm, the total weight with the battery is not more than 51 grams. 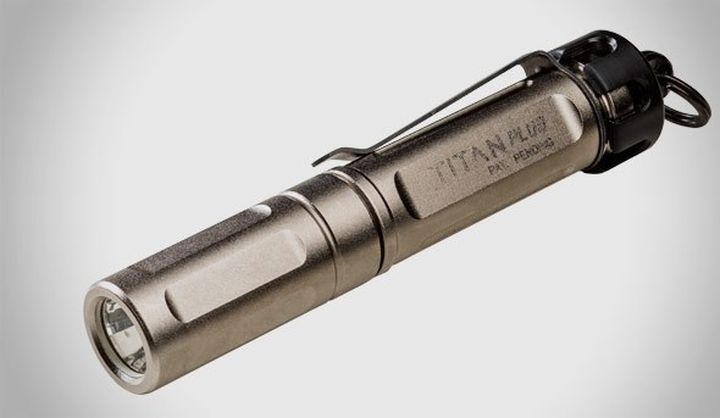 The design of the lamp provides bright white pocket LED Flashlight with a maximum output of 300 lumens, which is 175 lumens more than the base model, and range up to 66 meters. Powered Lantern in three modes of brightness – Low (15 lums. 7 h.), Mid (75 lum., 2 hrs.), High (300 lum., 1 h.). As an energy source used bundled nickel-metal hydride battery (Ni-MH) AAA format, which may be replaced by a conventional alkaline battery. Switching modes is done by turning the bezel.

New pocket LED Flashlight SureFire Titan Plus, which can be used as a keychain, is already available on the website of the manufacturer and is valued at $ 100. Sending all orders of this model will begin in mid-September.