Nicolas George Hayek, one of the founders of Swatch, shared information about new products, over which the company has worked all this time. The first model of smart hours to process payments due to the built-in NFC options will appear in May. Specifies that the clock will even be able to open the door to the hotel.

The second device is a Bluetooth will display notifications and news from your smartphone to go on sale this summer. Both models will be compatible with Android and Windows-based smartphones. Recall that recently the manufacturer has released a tracker for fans of beach volleyball – Swatch Touch Zero One.

“We are not going to carry phone features in a device that consumers put on the wrist. Let others do it. Samsung does this, Sony is doing it. Everyone does it, “- commented Nick Hayek news of the company.

As for contactless payments, it is reported that the Swatch signed a deal with a Chinese company China UnionPay. There is information that the Swiss watch manufacturer is actively cooperating with Visa, to cover as many countries.

Hayek shared with Bloomberg, the company is working on an innovative technology that allows devices to work without time limit. While we are aware of an example trackers Withings, which can work without additional charge for 6 months.

Most analysts tend to think that Swatch, releasing two models of smart hours in the spring and summer of this year, try to compete with Apple Watch, which should appear on sale on April 24, however, whether the Swiss manufacturer of analog clock to create as much interest in technical terms Watch that other developers of smart devices?

We are silent about the design. After all, what’s what, and in a boring performance clock accuse Apple is very difficult. 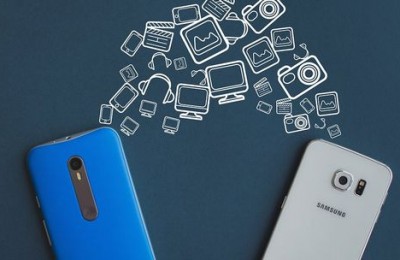 Android Beam: what is it and what does it do?