Reserve Strap will charge Apple Watch directly to your wrist

Given that tomorrow will be just a media event Apple «Spring Forward» press actively discussed issues related to the duration of battery life Apple Watch. Numerous publications are trying to understand how the clock will minimize the energy consumption in those moments when they are not used by the owner.

Despite the fact, that the output device Apple is still a few weeks, some manufacturers of accessories already present their development. Additional points Crafted Reverse Strap.

This watchband, which in combination can be used as a charger for Apple Watch, providing extra power while using the gadget. Reserve Strap consists of a silicone bracelet style reminds one of the collections of watches – Watch Sport.

Part of bracelet is under the clock, serving as a mounting for the charging station, which provides a magneto-inductive charging system. 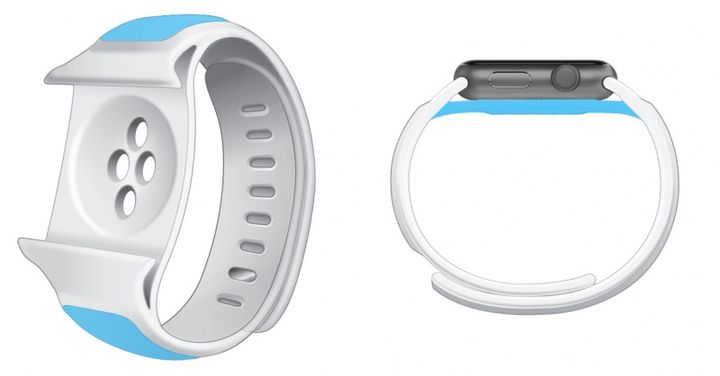 The company claims that the built-in charger to charge the device in the same way as the power connector MagSafe, which will be packaged with the clock Apple.

The creators claim that the Reserve Strap offer 125% more energy than the standard features of the battery Apple Watch. Although they recognize that these statistics are based on forecasts, as long as they “do not have the exact figures.”

You can already pre-order on the official website of the developer, which states that the accessory will be released in limited quantities. Its value at the moment is $ 249.