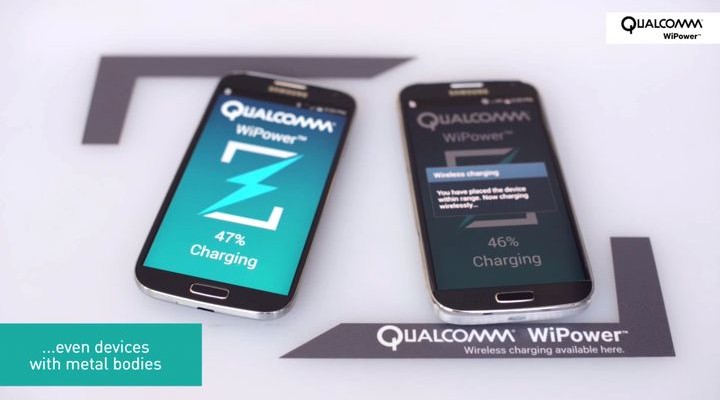 Conveniently charge mobile gadgets wirelessly. Soup with such a function is increasing. However, there is one “but” – among them metal models.

The fact that existing technologies can not work with such cases wireless charging station. A very unpleasant restriction. Especially considering the popularity of the flagships, refused to plastic.

However, Qualcomm has found a way. Recently, she presented a draft WiPower, easily solved a problem.

The system supports any alloys. In its basis – a method of magnetic resonance imaging of the near field. The standard activated Rezence.

As for speed, the platform is not inferior to demand a decision today. Anyway, so the engineers say Qualcomm.

It supports the connection of multiple devices wireless charging station (with power consumption up to 22 W).

If we believe the firm has already begun implementation – at the level of the transfer license partners. Although exactly when WiPower appears on the market – not reported.