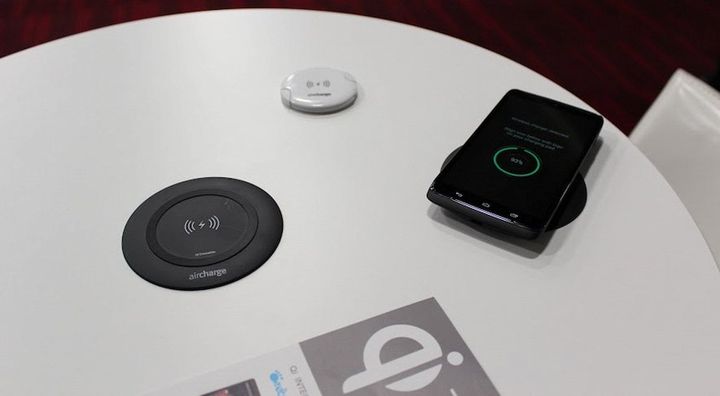 The ability to wirelessly charge Soup looks extremely attractive. Many companies are obsessed with the spread of wireless charging for mobile gadgets, and Samsung even mocks iPhone because of its lack of such technology. However, the most common standard Qi has, besides the advantages of convenience, a serious disadvantage associated with the rate of charging. But the new specification standard fixes this problem.

Representatives of the Wireless Power Consortium (WPC), standards development Qi, have announced more advanced specifications that will wirelessly compete in speed charging, not only with classical adapters 2 A, but also with fast-charging technologies, which are rapidly gaining in popularity in recent years.

According to the submitted materials, the new generation will allow the transfer of 15 W of power: “Some manufacturers are already offering wired high-speed charging for their devices, providing a 60% charge in just 30 minutes. Last Qi specification allows them to extend the same speed and wireless charging. ” How much this will affect the speed of the heating device during charging, the consortium did not specify.

An updated specification is now available to all members of the consortium so that the appearance of the gadgets will happen soon. Unfortunately, WPC does not specify whether or not you need to upgrade both the power supply and device, or enough to replace one thing.

More sophisticated technology also offers wireless charging company Intel. Her Rezence, as promised earlier, will allow without wires to provide power tablets and laptops, the integration of technology is expected, along with the sixth generation of processors, which will be presented later this year. Meanwhile, the company IKEA integrates Qi in their furniture and have sold it, and in the Moscow subway trying to keep up.