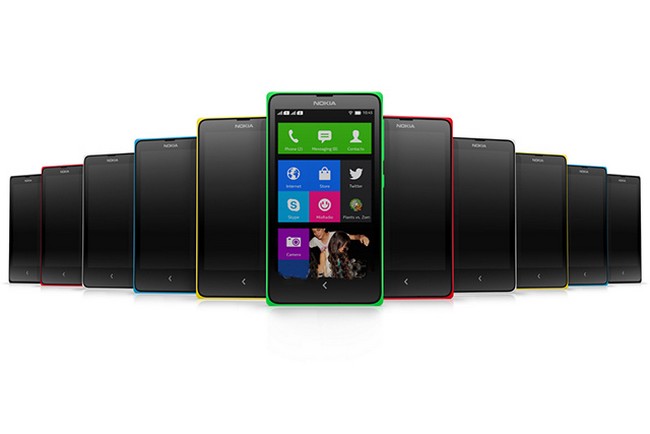 Judging by the images, the user interface of the smartphone Nokia Normandy in the style of Windows Phone. All the same tiles that provide access to applications such as Skype, Twitter, Vine, Facebook and BBM. Moreover, sustained even formed in similar applications for Windows Phone OS colors and iconography. We should also note the presence of the notification center, responsible for the withdrawal of missed calls, messages and notifications of different applications. The status bar indicates that Nokia Normandy supports simultaneous work with two SIM-cards. We also know that the device is aimed at the lower price segment, but is still not clear whether Nokia plans to release a smartphone Normandy. 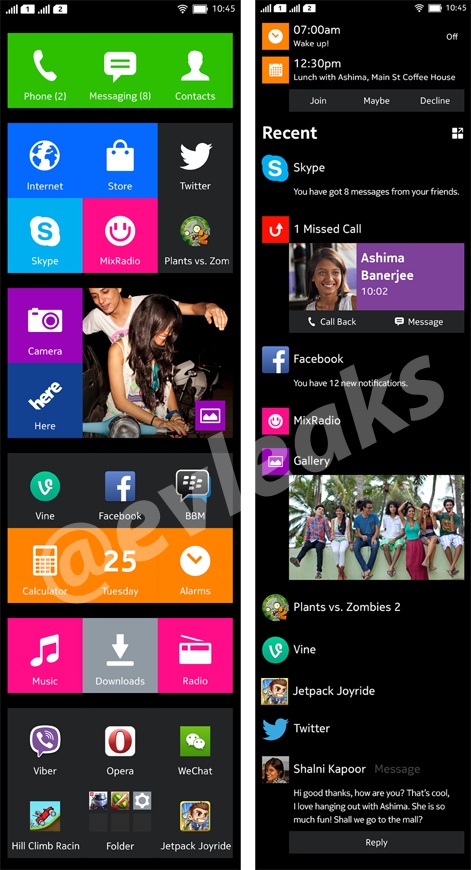 According to the resource The Verge , the configuration of the smartphone Nokia Normandy includes 4-inch display, Qualcomm S4, 512 MB ​​RAM, 4 GB of internal flash memory and a 3-megapixel camera. Despite the fact that Nokia Normandy is an entry-level smartphone, a microSD card slot it receives. If you believe the rumors that the smartphone Normandy will be running a modified Android OS and most likely, Nokia will try as much as possible to flood the system with their services, for example, maps Here.

If Nokia is really going to release a smartphone Normandy, then the announcement is likely to happen during the MWC 2014. At the same time, Microsoft hopes to complete the absorption of Nokia’s mobile business in the next few weeks. Until then, until the deal is completed, the fate of the smartphone Nokia Normandy remains unknown.