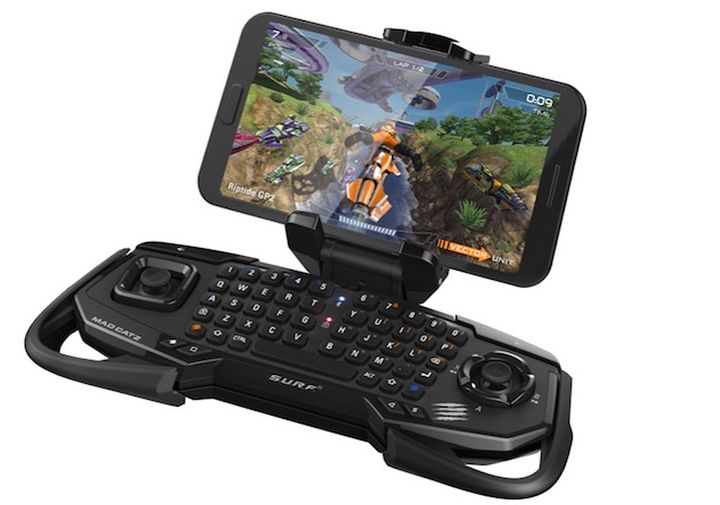 The company is known for its Mad Catz gaming accessories that use the most famous team of gamers from around the world. At this time, Mad Catz has shown an advanced game controller SURFR, which can be used as a game pad, and as a full QWERTY-keyboard.

The gadget is equipped with a trigger and additional buttons, making use of the controller becomes even more convenient. SURFR available in three color options, devices price is 79 US dollars.

In addition to use in games, advanced controller can be used to control playback of music or movies on your mobile device, as well as typing. 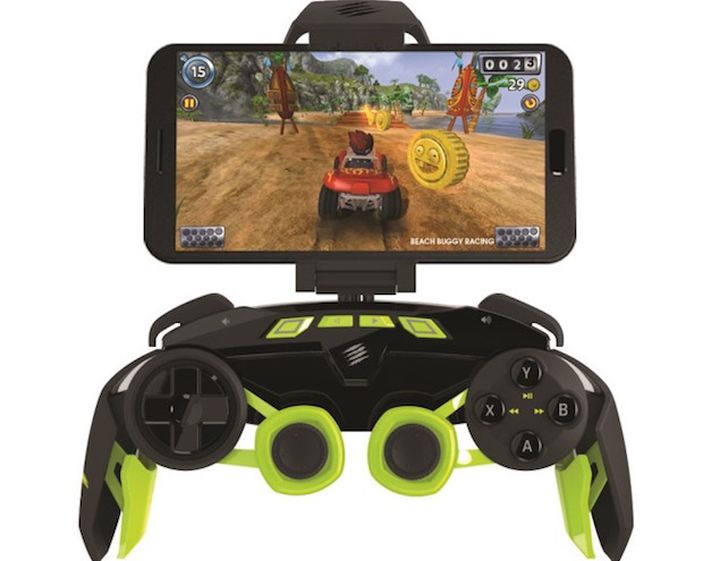 SURFR designed primarily for gamers who play games on mobile devices – this is not a gamepad for the PC.

In addition, the company introduced a simpler controller, LYNX 3, a simplified version of LYNX 9, which was presented at CES 2015. Its cost is US $ 69.99.