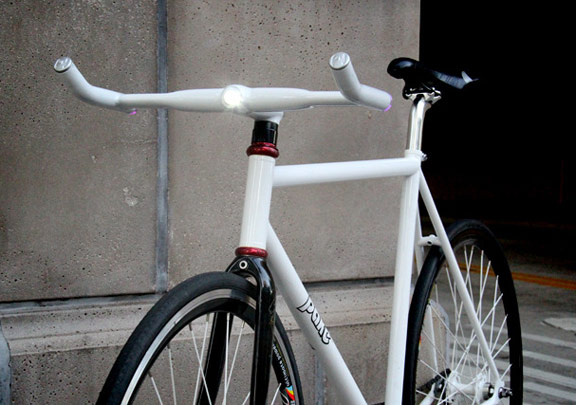 Summer is not over yet, and the weather returned to normal – it’s time to explore by bike around the city. Despite the fact that the Russian cities of Europe is still far from the quality and soundness of the infrastructure for bicycles, people who prefer this mode of transport, every year it becomes more and more that is good. For users of “apple” of technology, we have made a selection of gadgets with which the bike ride will be more enjoyable, and waiting for the next season – the more painful.

American engineer Kenny Gibbs developed a “smart” steering wheel for bicycles. Helios Bars equipped with a flashlight brightness of 500 lumens, as well as built-in GPS and Bluetooth. You can control it via a mobile app for the iPhone – turn on and off lights, change the illumination color and so on.

“Smart” steering wheel is able to determine whether the next owner, and depending on it to enable or disable the flashlight. In addition, the end of an integrated turn signals, steering, and a GPS module allows you to define the location of the bicycle on Google Maps and plot a route – the corresponding indicator light will blink before a turn. Also mounted on the steering wheel so-called visual speedometer – depending on how fast the bike moves, they change color. The backup battery will follow the movements of the stolen two-wheeled friend to 15 days. 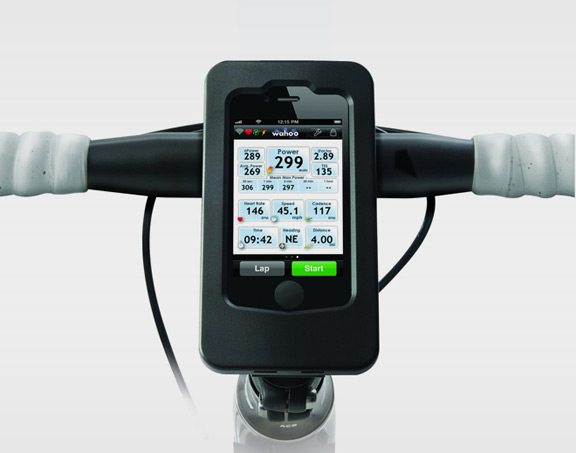 Why not use your iPhone as a bike computer? This will make a set of Wahoo Bike, which consists of the ANT-sensor, reliable Case-holder on the steering wheel and applications for the iPhone. Sensor syncs with your smartphone, and it appears all the necessary information: speed, distance, heart rate, etc. The cost of about 150 dollars. 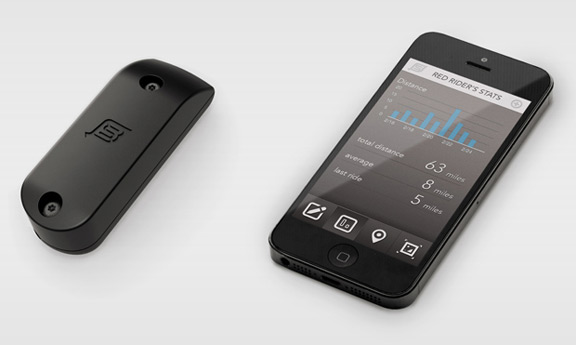 BikeSpike – this anti-theft device for bicycles. No, it does not replace the standard bike lock, but it will help you find your bike in case of theft. The device is attached to a carbon fiber frame holder for a water bottle that comes. Holder design seems completely normal and if you do not know what is hidden underneath a small sensor that is not suspicious. BikeSpike sends information about the location of the bike on a smartphone owner, marking it on the map. It is compatible with iOS and Android, and can also be used to fix the distance covered and speed. BikeSpike available only for pre-order at the price of 129 dollars. 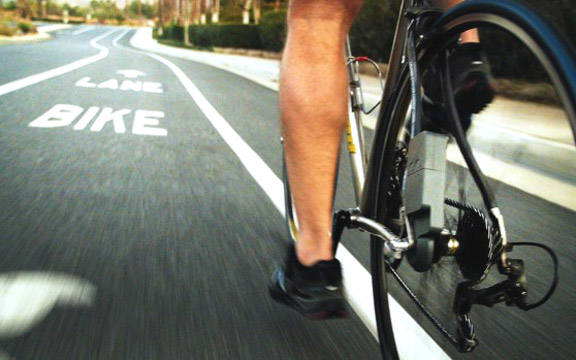 Siva Cycle has developed quite an interesting gadget for cyclists Charger for iPhone and iPad, based on the principle of the dynamo. Fortunately, the new product compares favorably with bicycle generators come from our childhood.

Siva Cycle Atom runs at a speed of 5 km / h, while for fast charging the internal battery is recommended to travel at a speed of 16 km / h (for bikes with 26-inch wheels). Capacity built-in battery is 1300 mAh. According to the manufacturer, it is enough to replenish the battery of iPhone 5 from 0 to 80%. 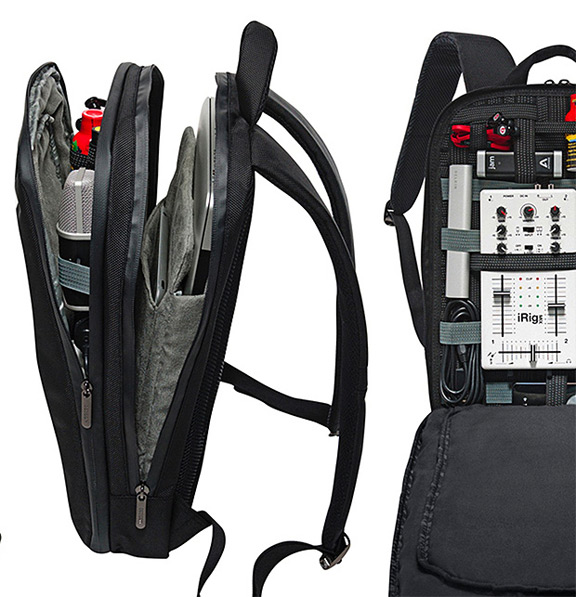 Backpack – irreplaceable thing, especially if you need a hands free to control the bike. If the cyclist is behind the need to carry an arsenal of diverse iDevaysov, choosing a good backpack is becoming a problem. That is why the company has released Cocoon backpack for real gadzhetomana. Cocoon Slim Backpack has two large compartments, one of which is for 15-inch MacBook Pro and iPad, and the second has a special panel with fixed it up and down firmly against rubber bands. With them, you can record any Soup different sizes – stick to e-books – in any position and any order. There is no doubt gadgets will not fall to the bottom of the backpack, do not scratch or get tangled in wires. With all the benefits, the cost of the backpack is only about $ 80.

In an accident on a bike or a fall from a two-wheeled transport are often affected for a long time without help, especially if the “pokatushki” were held in solitary places. Accessory for the iPhone called ICEdot Crash Sensor will send for help immediately after the accident.

Mounted on the helmet sensor will send a request for help pre-programmed contacts and report the coordinates of the incident. The device connects to the iPhone via wireless Bluetooth 4.0. Once the sensor detects an emergency situation, such as a helmet hit the ground, it will beep and start the countdown to the corresponding application. The owner of the gadget sets the duration of the period that is required to assess the situation and cancel the emergency call.

TAGGADGETS iPad iPhone
Previous PostKeyMe: a repository for digital copies of your keys Next PostFormer MobileMe users will get a free seat in SkyDrive