Home REVIEWS Apple iPhone 5s – the best smartphone of all, I had 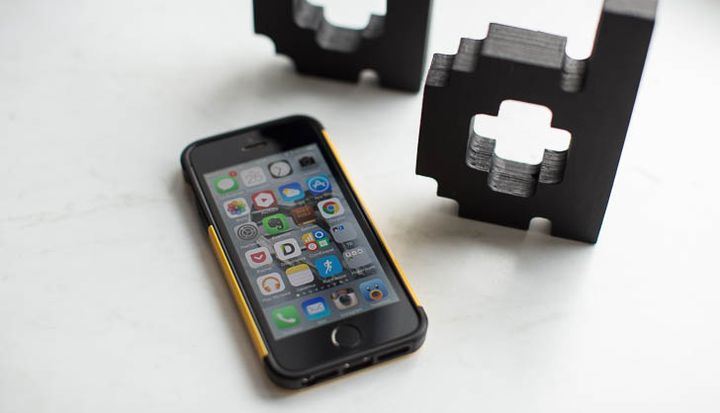 Friends, today I will share detailed operating experience of its main smartphone – iPhone 5s. He has more than a year, and use one device for so long I’m not used. Under the cut – all I think specifically about this model.

The fact that the iPhone 5s – the most trouble free smartphone of all that I had. He has no lack, no one even occur after long time use. Nothing is beginning to creak, peel off, climb round, and this, of course, very happy. To date, my iPhone 5s and a half years, and yet I do not plan to change it no matter what, though somehow I almost bought an iPhone 6 Plus.

Why not buy? There are several reasons. First – do not want to bend it by accident. Specifically recognize one of the owners, said, tried to bend – bend. Naturally, all the bends, but 6 Plus can bend it by accident. The second reason – dimensions. I often read something on the go, hold your smartphone, and then I, of course, have something to compare. First comparison. Once I used the Samsung Galaxy Note and after it bought the iPhone 4s. My joy knew no bounds – a smartphone strove not to slip on the go. Second comparison. Now I have two smartphones: Galaxy Note 4 and iPhone 5s. Note mainly used indoors, iPhone 5s – always. Here it tastes and habits, but this is my experience of exploitation and my impressions. But the main thing – the size is important for me because of the runs. I run 3-4 times a week for 8-12 km, smartphone use as trekkers activity. To do this, turn on the app RunKeeper, it connects to the watch and heart rate monitor Pebble Mio Alpha, and I get all the important information every kilometer run, and also have an archive of all workouts. Here the most important thing is that running a “shovel” is not as convenient as with compact iPhone 5s. I am sure almost 100% if there were 6 iPhone model with a 4.3″ LCD monitor in a compact package, I would have purchased, as well – another year to great in all plans for the model 5s.

It is fair to say that there were things that spurred me to update the contrary. For example, photo processing large screen is more appropriate camera in the iPhone 6 received image stabilization and the ability to shoot video at 240 frames per second at a resolution of 720p. Given the presence of stabilization, with the iPhone 6 can safely shoot cool movie. SloMo regime itself creates a stabilizing effect, because the finished video jerking almost invisible, so also a software stabilization saves. Who has not seen this video I shot on iPhone 5s with hands, mounted on it is:

And coprocessor M8 learned to count the height of climbing in the background, in the Carpathians me this was not enough. To understand how high we climbed, we had to use RunKeeper, and keep on paverbanke smartphone.

But why do I think iPhone 5s best of all smartphones that I had?

Unfortunately, most of them upset me at least something. Most often it is banal creaking housing, loss of stiffness. Sometimes it begins to climb round the paint, most often it was spraying a metal on it appear worn and chipped. But sometimes just paint crack, I wrote about a bug in my Galaxy Note 4. Sometimes it begins to withdraw some details such as the display. After a year and a half I have iPhone 5s in perfect condition, so change it due to defects I have no thoughts. 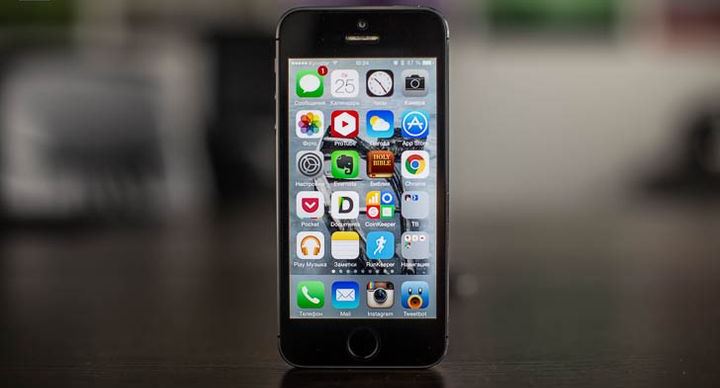 iPhone 5s in terms of performance and functionality for today is not outdated at all. After a short time using their 5s, I wrote a note about why this smartphone really revolutionary. For the first time in a long time in the smartphone appeared not just a few extra pixels on the screen and the camera’s sensor, and a completely new sensors and sensors, which I still use every day. I’m talking about M7 and Touch ID. Both the first and the second is used by me and are constantly looking for other users of the models can be concluded that these innovations are used by all. Why is it cool? Look how many other manufacturers are trying to insert into their flagship smartphone: pressure sensors, ultraviolet radiation, additional cameras behind … But if these are all at least 5% of the buyers of these smartphones? I am sure that is not. Even fingerprint scanners began to appear in other models, but few people use them – too clumsy they are implemented. But Touch ID, as far as I can judge from my own experience, use about 90% of all users.

For myself, I researched that 64 GB of me just enough. The last few months I lived with a few hundred MB free, but recently decided zabekapit film and brush it on the smartphone. As a result, even if the application and the abundance of my music, about 10 GB is now available. Although, if you try, you can optimize even better.

I listen to music exclusively with the iPhone, other audio playback I simply no longer. And it is not necessary. Here I describe in detail your entire set of headphones and speakers, since then nothing has changed. Is that added one more place where I listen to music with the iPhone, – my Renault Fluence. Wires are almost never konnekchu all listen to WIRELESS. Recently, I completely abandoned the iTunes and standard player in favor of Google Play Music. 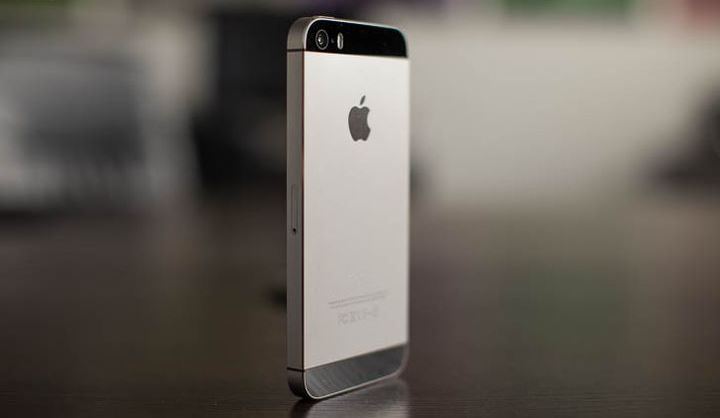 I keep a lot of pictures on your iPhone 5s and as Vlad Savov said of Theverge: «To win other manufacturers iPhone, they need to win his cell.” Even the Galaxy Note 4 with its very good camera is inferior in image quality iPhone. Who do not know, you can see my work here.

Recently began selling their photos on the service Clashot, in general, the camera is used very actively. It is interesting that for all the period iPhones I photographed with a flash on the strength of 2-3 times. Use it only as a flashlight. By the way, a quick access to it from the lock screen more than once rescued.

But in the game on the iPhone, I stopped playing almost completely. Is that in any nenapryazhnye time-killer, and I do not remember when was the last time I was able to open the game. To do this, use only iPad, only play flight simulator and, of course, WoT Blitz. 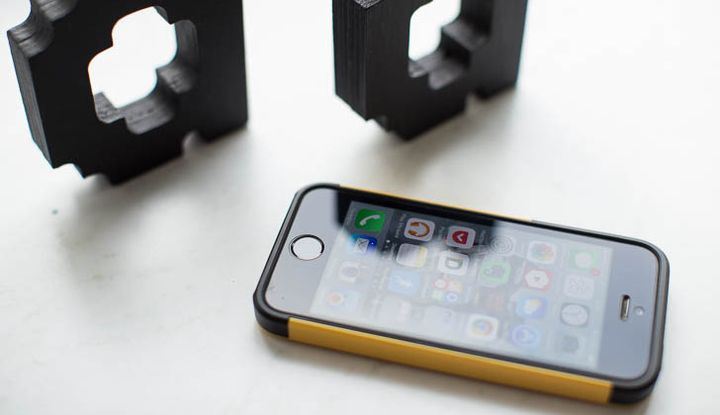 The only thing that upsets me iPhone 5s – autonomy. Batteries barely enough for half a day, until late at night the smartphone did not reach a very long time. I am confident that I can slightly increase the lifetime cleaned unwanted applications, but fundamentally the situation has not changed. I can not say that I’m using a smartphone at the peak of opportunities, for example, the navigation includes a very rare, especially in the car now has a native; listen to music in the car 50% of trips in the other 50% listen to the radio; the game does not start, as I said. That is, I’m calling, writing SMS, read / write a lot of mail, much rewritten Viber, Twitter read only with the iPhone in TweetBot, watch videos on Youtube through ProTube, run with RunKeeper, a couple of times a week I write notes in Evernote, often read with Evernote scenarios for the review, photograph, process photos and yuzayu Instagram. And, of course, the smartphone permanently coupled to the clock Pebble. When such problems smartphone live up to 3-4 hours in the afternoon.

Recently lost its calibration controller battery. This is when the smartphone with a 60% charge can dramatically shut down and refuse to be included. But as soon as connect it to the network, a charge immediately returned to the level of 60%. Calibration is performed quite simple: it is necessary to defuse the smartphone until it is off to himself, put on home charging and charge an hour longer than is necessary to fully charge. So repeat 3 times.

An interesting thing happened recently. I began to notice that the cord Lightning sometimes departs. Ie insert it, a little move and contact is lost. The situation is developing quite rapidly, and at some point I began to doubt whether I could once again charge the smartphone or terminal “nuts.” Fortunately, the thought of to get into the connector clip for SIM card tray, there turned out to be so much dust that I could not imagine that there are so many places to eat at all. Hiking in the service is not needed.

Along the way, iPhone 5s in my personal ranking goes to the same level as the Nokia E71, which up to that point, I thought the best for his time. I used them for two years, is very similar to what iPhone 5s will be as long-lived, as I plan to change it already on iPhone 6s, if there is a better camera. Well, the main thing – if you’re still in doubt, iPhone 5s can still be taken. Smartphone relevant today as much as a year ago (if you do not mind 4 “display), and Apple will provide support for at least another 2 years.