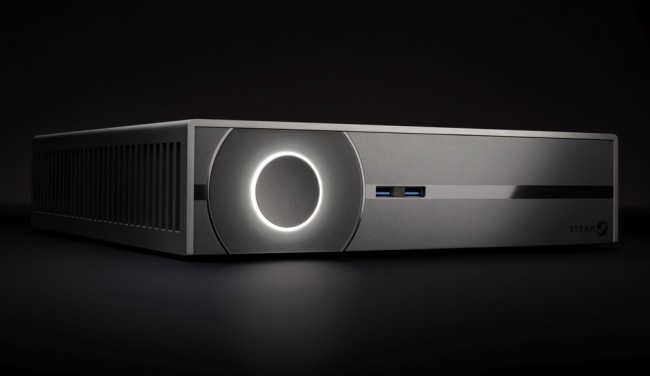 Recently, Valve has invited representatives of news sources in its headquarters in Bellevue, Washington, to share with them some of the features of the game system Steam Machine, Steam Controller game controller and OS SteamOS.

Recall that the company Valve has opened in early October, Steam Machine specifications of the prototype , but the appearance of the body left for a snack, stating that the final design has not been approved. Currently, she decided to fill this gap. Distinctive features of the black housing rectangular steel grate for withdrawal of heated air, which covers half of the body, as well as a large circular power button. On the front cover removed two ports USB 3.0, while the rear panel boasts an extensive list of interfaces, including audio jack for headphones, ports, USB, RJ-45 connector and the video output HDMI.

It is also noted that the design of the housing, Valve has paid a significant portion of their time and attention to the ventilation holes to allow minor dimensions of the case does not reduce the efficiency of the cooling system. Resource Wired reports that Valve has resorted to some tricks and careful design of the housing. Steam Machine components accommodated in the housing separately from each other in a “thermally isolated areas”. Journalists resource The Verge called partitions “plastic casings, printed out with the help of 3D-printer.” As they do not call, they have one purpose – to regulate the air flow to improve the cooling efficiency. 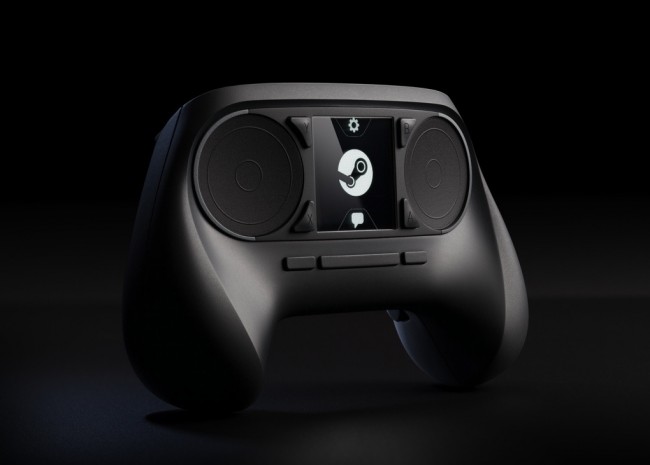 It is reported that the design of the controller with two round trackpads, was not immediately approved. Prior to that, the development team has created several prototypes using, according to The Seattle Times, tools from the garage of Gabe Newell. Early prototypes differed integrated joystick and trackball unusual shape. The photos below tell it better than words. During the announcement of the controller Valve announced that Steam Controller is a “new generation of devices that provide super-precise tactile feedback” that better conveys a sense of control. After testing the controller journalists Resource The Verge noted that the built-in “tiny electromagnetic drives” can you move your fingers to feel every inch.

“If I did not know for sure, that could easily be confused with a trackball trackpads,” – said the representative of The Verge.

According to the resource Engadget, operating system SteamOS has a lot to do with the Big Picture mode in Steam, which has always been focused on the use of the living room.

It was learned that the version of the Steam Machine from partner companies, which will be available in mid-2014, will be shown during the CES 2014. At the moment, Valve does not plan to release their own gaming systems Steam Machine, but in the future may change your mind.

It should be noted that the production Valve controller includes gyro tracking movements. In addition, Half-Life 3 will not be exclusive to the SteamOS. We also know that at this point 40 of 330 Valve employees are still working on hardware performance Steam Machine.