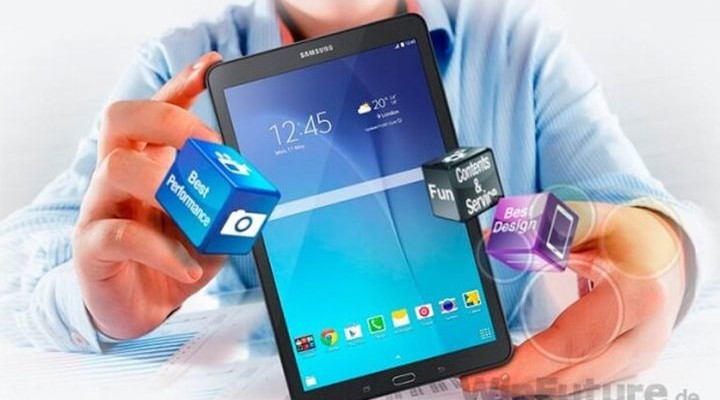 Samsung is working on a new tablet Samsung Galaxy Tab E 9.6. The existence of the gadget became known after his appearance in the catalog Taiwanese mobile operator Taiwan Mobile. Later in our possession was a few press shots of the gadget. 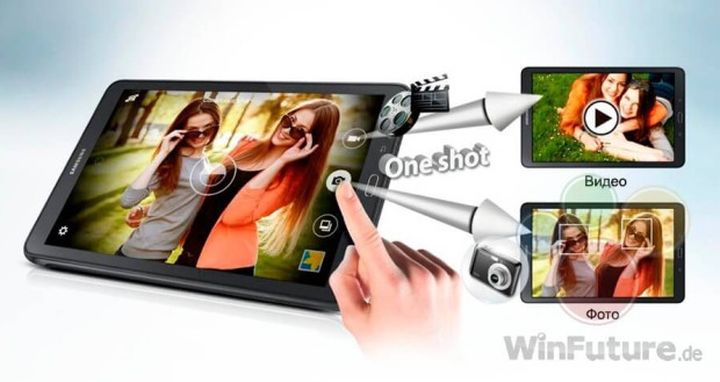 Apparently, the new line of Samsung Galaxy Tab E tablets will include cheap Korean manufacturer. At the very least, that such a conclusion can be drawn from the cost of the Galaxy Tab E 9.6. It will appear on store shelves in versions with support for 3G HSPA and Wi-Fi only networks, which will cost users 200 and 180 dollars respectively.

The heart of the Samsung Galaxy Tab E 9.6 is a hardware platform Spreadtrum SC7730SE 4-core Cortex-A7 processor with a clock speed of 1.3 GHz, GPU Mali-400MP4 and 1.5 GB of RAM. The 9.6-inch capacitive touchscreen tablet will get a resolution of 1280×800 pixels. On the rear panel are the main 5-megapixel camera, while the front panel can be found simple 2-megapixels sensor for video calls. 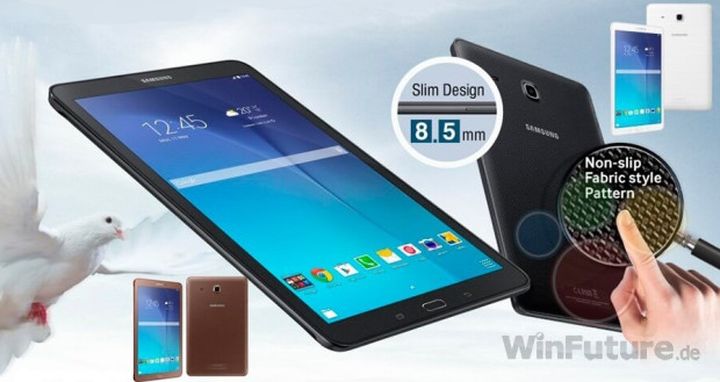 Of the advantages of the tablet are the support for microSD memory cards with a capacity up to 128 GB, while speaking about the shortcomings of the gadget, it is worth mentioning the operating system Google Android 4.4 KitKat instead of the much more modern Android 5.0 Lollipop. It comes with modules Wi-Fi b / g / n and Bluetooth 4.0, bundled with Samsung Galaxy Tab E 9.6 is available battery capacity of 5000 mAh, and thanks to the promotional pictures released, we see that tablet users will be able to simultaneously work immediately with two applications on single screen.

We add that the Samsung Galaxy Tab E 9.6 is enclosed in a body thickness of 8.5 mm, and the rear panel is embossed texture simulates tissue and provides a better grip with a horizontal surface.