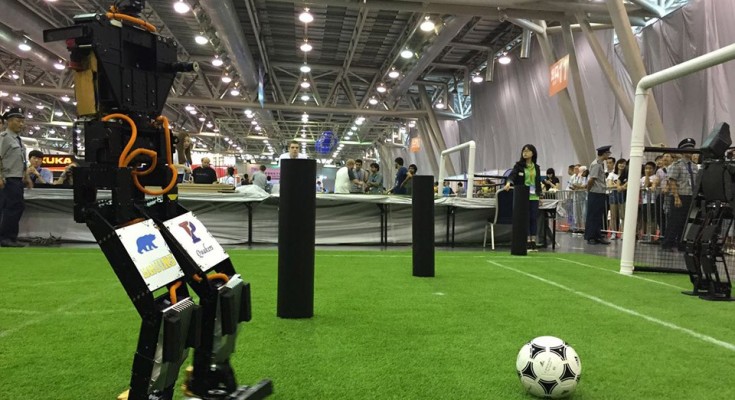 Football is played not only by people. Robots also the good command of the ball. Anyway, judging by the annual football championship game RoboCup.

Said event took place in China. In the framework of demonstrated talent electromechanical players from around the world.

It is reported that the best was THORwin from the US.

What is special in football championship game among the robots? 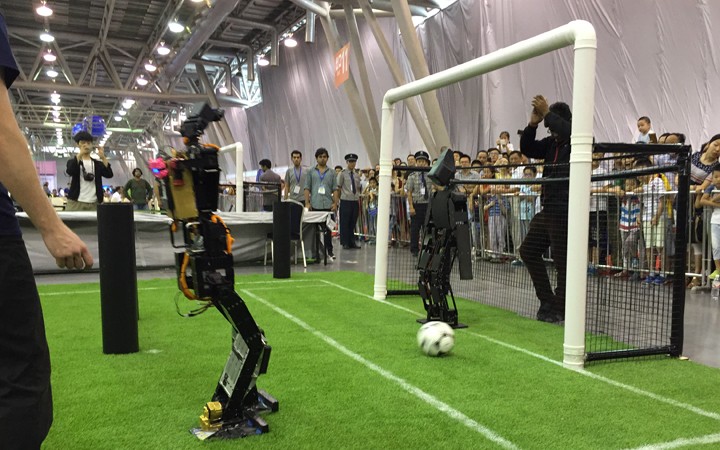 In individual matches won android American opponent of Iran (with a score of 5: 4). Commendable results.

As for the “name”, it is derived from «Tactical Hazardous Operations Robot» and «Darwin». A curious combination of Darwin and “tactical robots for hazardous operations.” 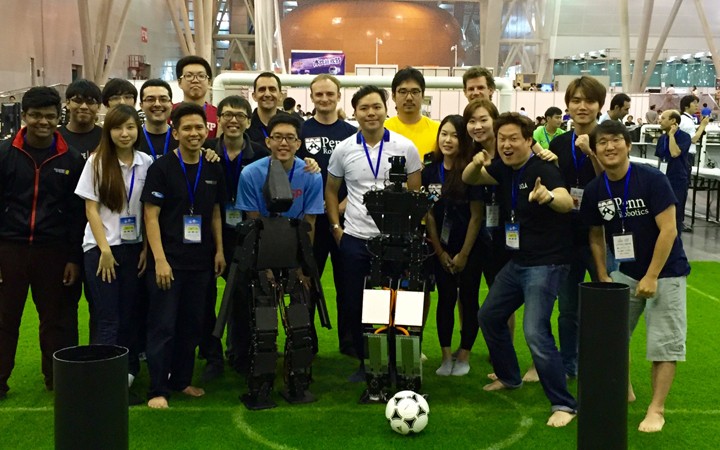 We can only congratulate the creators of well-deserved success.

If we talk about RoboCup in general, this is an extremely interesting initiative. The organizers expect to gather a team of 2050 machines. Then release the anti-football people.

Impossible to match football championship game. We are waiting.