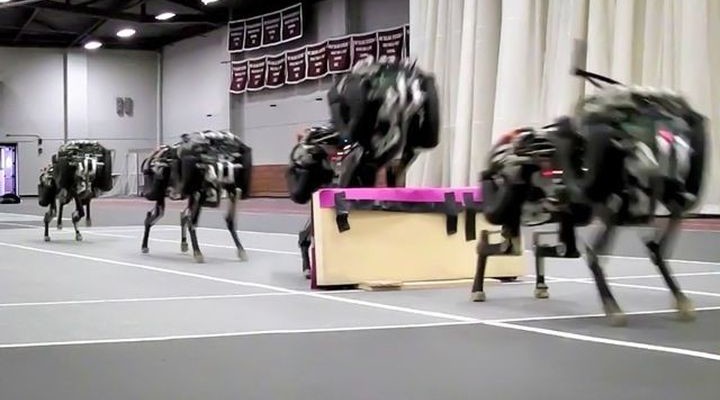 Researchers from MIT, continuing to improve its robot cheetah. It was learned that the famous Cheetah robot learned a new trick. Let’s see what is capable of doing the robot right now.

At MIT, we decided that fast running is not enough. Therefore, the creation taught to jump over obstacles. Let’s see how it does work.

Moreover – the machine will detect them. No indications from people are required.

If you believe the developers, this is the first electro-mechanical quadruped capable of such a thing. On the way several obstacles in a row? It does not matter.

How does the system work? A laser radar and special algorithms. The robot detects an approaching object determines its distance and size. Then choose the best moment to jump. And just to calculate the optimal tractor.

In the free mode, Cheetah robot can easily cope with the 45-centimeter objects. Effectively overcome 90%.

It looks impressive. Interestingly, for the Cheetah robot come up with MIT on. Will It begin to storm the walls?